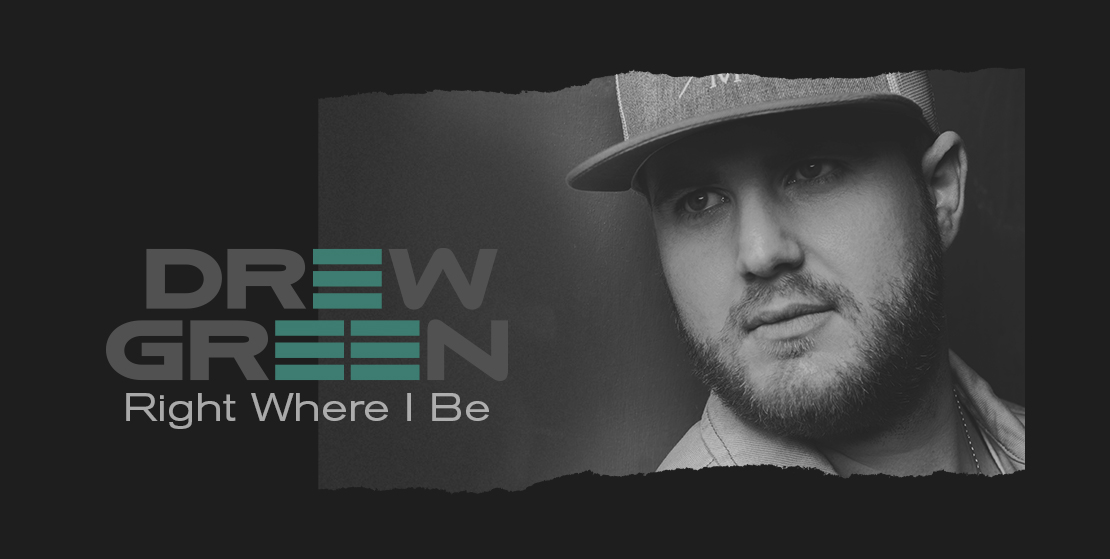 Villa 40/Sony Music Nashville artist Drew Green released “Right Where I Be” today. He wrote the track, built on a propulsive beat with a soaring hook, alongside celebrated producer Mark Trussell and Zach Dyer.

“I’ve had that title for a while,” Drew says of “Right Where I Be.” “I always knew there was something there. It’s about living in the moment, and not taking anything for granted. Once we got the idea out and I sang the chorus, it came together almost immediately.”

“Right Where I Be” follows Drew’s introductory single, “Little More Be Alright,” which arrived on June 26 and has already amassed over a million on-demand streams. Since its release, it has been critically praised by outlets including American Songwriter, Music Mayhem, Music Row, and NY Country Swag, who commented: “Green takes you through a life where a little more money, a little more time off, a little more family, and finally, a little more time with his father would be alright.”