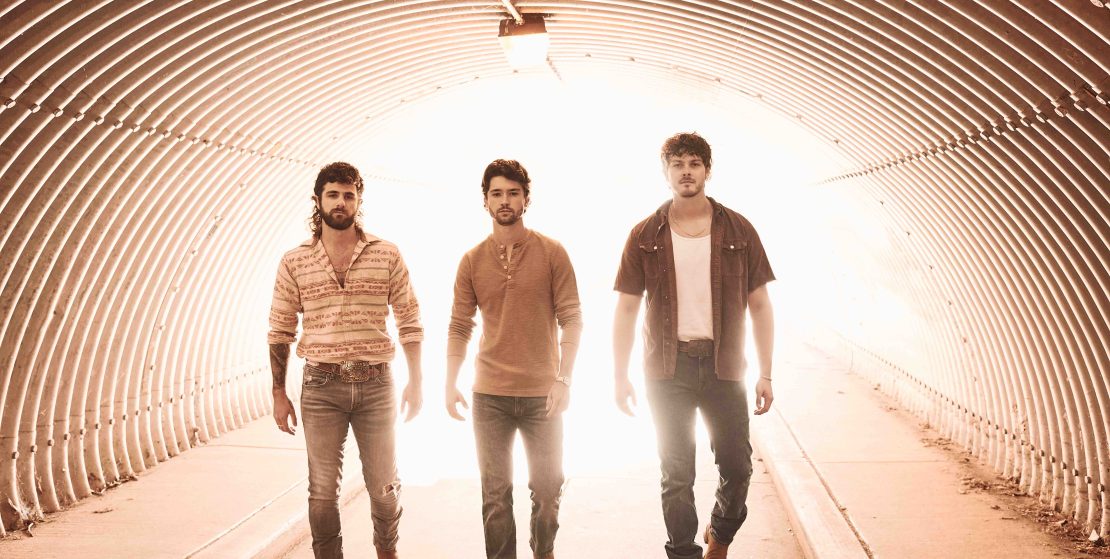 Restless Road trio (Zach Beeken, Garrett Nichols and Colton Pack) released a new song and music video “Sundown Somewhere,” today. The singer/songwriters known for their stellar harmonies recently returned from their first international touring dates in Australia and New Zealand, where they took the opportunity to film the new video along Australia’s coast. The song is available to listen to HERE and the video is available now here.

“We couldn’t believe that fans were singing our songs back to us halfway around the world at these shows! What really sent the trip over the top was that we got to film a music video for our new song ‘Sundown Somewhere’ in Newcastle, Australia. We knew we wanted to really show all of what Australia has to offer in this video, so we used a local director and crew. This was a trip that we will never forget and can’t wait to get back”, shared Colton Pack.

Written by Cole Swindell, Ben Hayslip, Jacob Rice, and Cole Taylor, “Sundown Somewhere”  highlights the hope of meeting that future someone you’re meant to be with and has been highly anticipated by fans since the band first teased the song weeks ago.

“No matter what point you’re at in life, we’ve all dreamed about the person we’re going to end up with. Where they are, what they look like, and what they’re like. ‘Sundown Somewhere’ is a song that really captures that feeling and the moment we heard it we were excited to record it and get it out to our fans,” shared Garrett Nichols.

Highlighted as a Pandora Artist to Watch and nominated for Country Now’s “Favorite Breakthrough Artist” Award, the harmony-driven trio has been named as “one of the most intriguing and exciting acts of the year” and independently amassed a following of over 3 Million followers on social media. The band was recently named by The Grand Ole Opry this year as ‘Opry Next Stage’ artists- marking the first time a band has ever been selected and they’ve successfully racked up tens of millions of streams on their singles “Bar Friends”, “Growing Old With You”, and “Headlights” after releasing their debut self-titled EP in February 2020. Restless Road is currently on their nationwide headlining tour, the BAR FRIENDS TOUR, which recently resumed after a break to tour internationally on Kane Brown’s Drunk or Dreaming Tour in Australia and New Zealand. For a full list of tour dates and ticket information, visit here.

The one that’s gonna make me wanna give her everything

Slow down my wild side

Take me on a wild ride

The one my mama meets

My little meant to be

I wanna make her fall

the only problem is I ain’t met her yet but

Maybe the gulf coast, maybe right down the road

Can’t help but wonder if she’s wondering about me

Feelin’ a little lost waiting on our paths to cross

It’s gonna be worth the wait