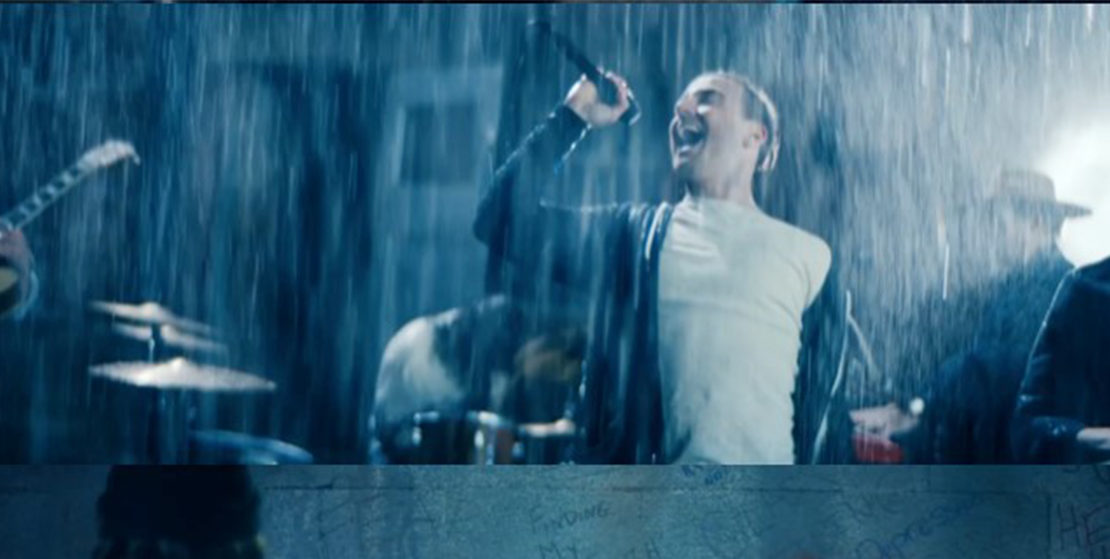 Double-PLATINUM Arista Nashville band LANCO released their new music video “Rival” today.  The first track from the band’s upcoming sophomore album, which already boasts over one million streams, follows their No. 1 selling and critically-acclaimed debut, HALLELUJAH NIGHTS. In the music video directed by Peter Zavadil and filmed in Nashville, LANCO brings together a diverse crowd from all walks of life who have overcome judgement cast by others. They amplify the power of unity by bulldozing through defeating moments together alongside a compelling live performance. Fans can watch the music video for “Rival” here.

“We really wanted to capitalize on the true message behind the song that was built from different times in our lives and the stories from fans who have felt beat-down and lost, but ultimately find hope and redemption,” said the band’s Brandon Lancaster. “Every caption on that wall was an experience that person had to overcome, and when it was knocked down you could feel the genuine joy from everyone on the set. It was a powerful moment I’ll never forget.”

Fans can get a behind the scenes look of LANCO’s “Rival” music video here.

The ACM “New Group of the Year” once again tapped producer Jay Joyce for the track that was written by frontman Lancaster and drummer Tripp Howell as it curates “thumping beats, soaring guitar riffs and a sing-along chorus” with “a sound reminiscent of Arcade Fire” (Billboard). LANCO was able to “rile up the crowd with their catchy performance” (CBS) of “Rival” during the 54th annual ACM Awards, as it served as one the best moments of the night for Associated Press, Billboard, Country Living and Rolling Stone . They will continue that moment at Stagecoach this weekend, before heading overseas with their headlining HALLELUJAH NIGHTS TOUR. The UK trek will launch May 1 at London’s O2 Academy Islington, with opener Bailey Bryan.

LANCO has paved the course for critical acclaim with the success of their 2x Platinum single “Greatest Love Story” which became a multi-week chart topper. Following the release of their No. 1-selling debut album HALLELUJAH NIGHTS , which has over 550 million streams, both moments were historical in Country music as Lancaster became the first artist in 10 years to have a No. 1 on the chart solely written by that artist, while LANCO served as the first Country group in a decade to appear at the top of the Billboard Top Country Albums chart with a debut album. LANCO recently earned their first award as ACM “New Group of the Year” and has garnered additional nominations from the CMT, CMA, AMA, and iHeart Awards, while Lancaster became the first member of a group to ever win NSAI’s Songwriter/Artist of the Year. This summer, they will perform at Country music’s biggest festivals after serving as direct support for Luke Combs’ BEER NEVER BROKE MY HEART TOUR. Fans can connect with LANCO on Facebook, Instagram and Twitter. For more information, visit www.lancomusic.com.