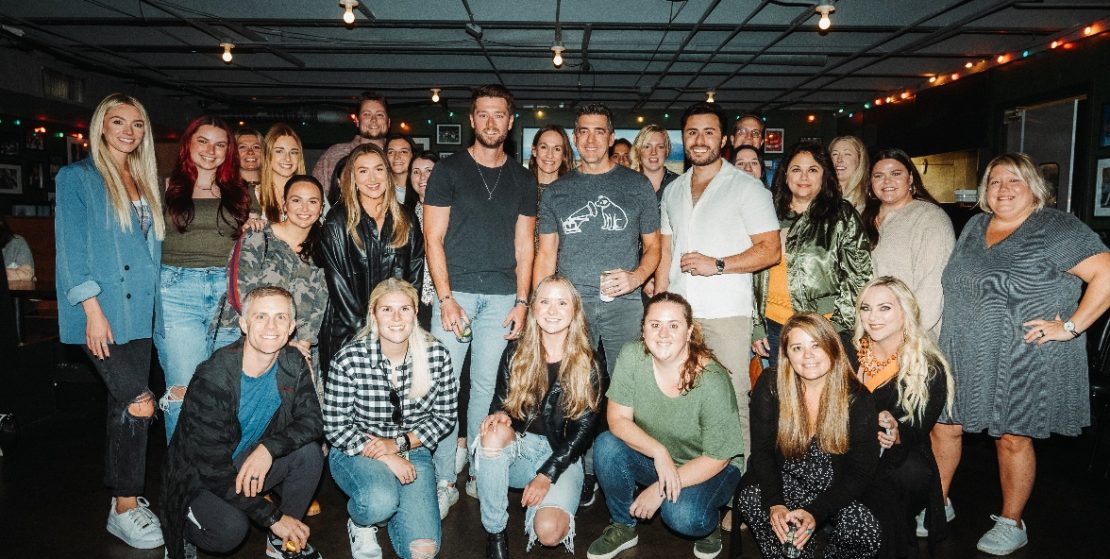 THE SINGER SOLD OUT BASEMENT EAST IN NASHVILLE LAST NIGHT

Doleac, who recently signed with UTA, will hit 27 cities, beginning with Dallas, TX on Feb. 9. For more information and tickets, visit AdamDoleac.com.

Last week, Doleac released his debut album, Barstool Whiskey Wonderland, which features 18 tracks. Doleac co-wrote every song on the album aside from his collaboration with Danielle Bradbery, “Fake Love,” which was penned by an all-star lineup made up of HARDY, Ryan Hurd, Maren Morris and Jordan Schmidt.

With the project, Adam unveils a vision steeped in the romantic country soul of his early hits, while going much deeper as well. With tracks like the Gold-certified “Famous” and first-dance favorite “Another,” both of which hit No. 1 on SiriusXM’s The Highway, fans have gotten only a glimpse of that wonderland so far. With Barstool Whiskey Wonderland, they get the full picture.