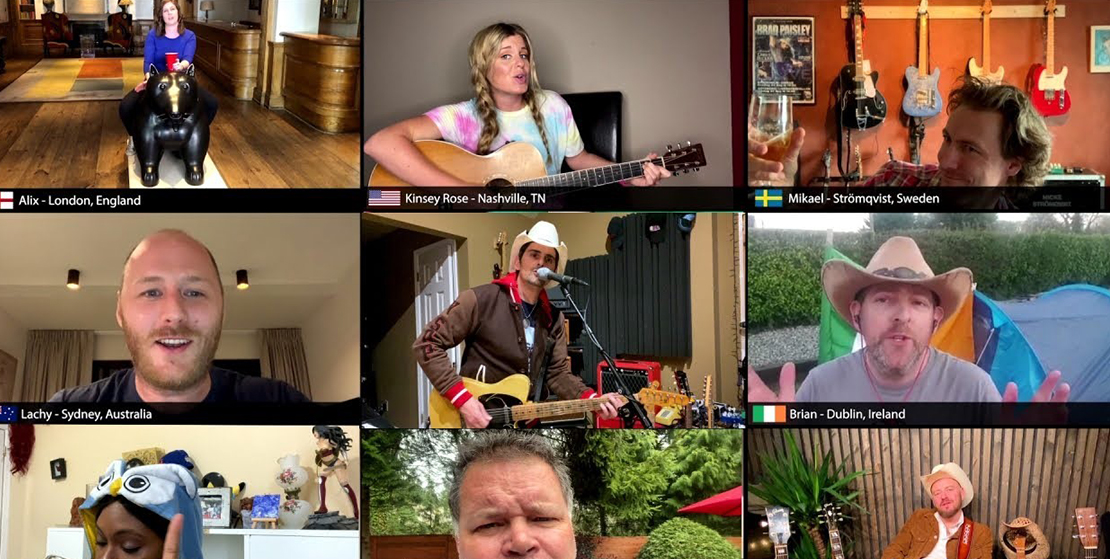 Country music global superstar Brad Paisley has just released his energetic fast paced video for his current single “No I In Beer,” which has become a fan favorite during quarantine. So, how do you record a music video during an international pandemic? You ask for a little help from your friends. Performing with Paisley are Jimmie Allen, Kelsea Ballerini, Lindsay Ell, Clayton Kershaw, Peyton Manning, Tim McGraw, Darius Rucker and Carrie Underwood with numerous other friends making guest appearances. View the video HERE.

When Paisley asked fans to help him out video submissions came pouring in from 39 countries. Included in the video are fans singing along to “No I In Beer,” hilarious and impressive footage of the social phenomenon beersketball, various zoom crashes Paisley has done the last few months from birthday parties, cancer free celebrations, happy hours, nurse meetings, etc…, news footage, The Beer Guys from Rochester, NY area, and some amazing guitar players from around the world.  Over 225 people are part of the final video that Paisley edited himself. It truly is a global video with a lighthearted international message of togetherness.