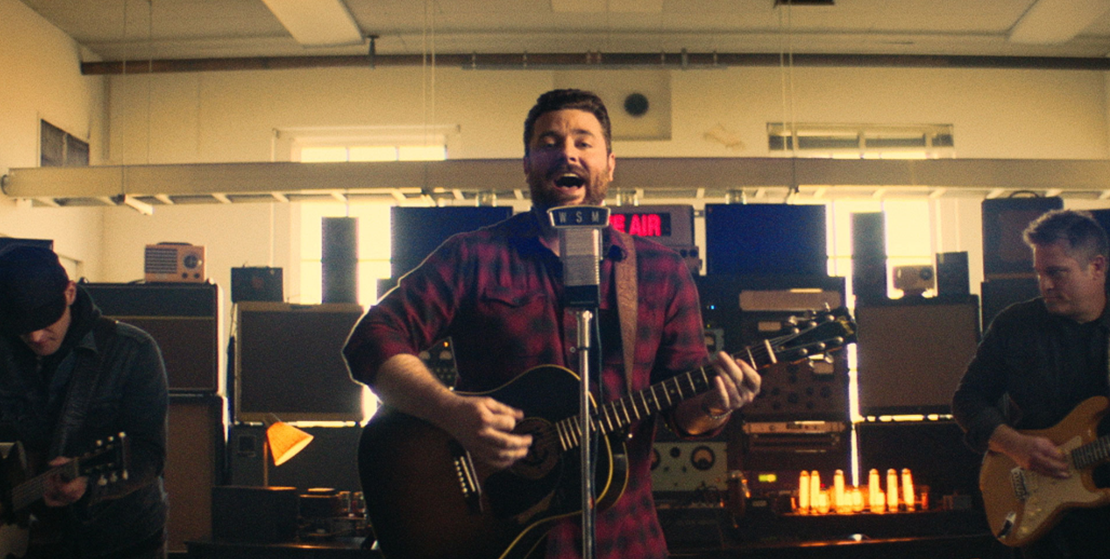 Multi-Platinum entertainer and 11-time chart-topper Chris Young released the raucous music video for his latest hit, “Raised On Country,” today ahead of the kickoff of his headlining tour this spring. The full-tilt romp captures the vibrant energy of his live show and gives fans a preview of what they can expect on his 2019 “Raised On Country Tour,” kicking off May 16-18 in Alpharetta, GA, Charlotte, NC, and Bristow, VA.

Directed by Peter Zavadil (Joe Diffie “Prop Me Up Beside The Jukebox,” Pistol Annies “Got My Name Changed Back”), “Raised On Country” was filmed at a Nashville-area dive bar and the landmark WSM Radio Tower and features Young, along with two of his longtime bandmates, Kevin Collierand Ryan Haas, in the high-wattage video. Young, a member of the Grand Ole Opry since 2017, was excited to film at the historic location built in 1932. At the time, the tower was the tallest in the world, and its 50,000 watts ensured the Opry could be heard on 650 AM-WSM from New York to California and parts of Mexico and Canada.

“As a member of the Opry, I was honored to be allowed to film ‘Raised On Country’ in and around the WSM Radio Tower and the same airwaves where songs from my musical icons have played over the years,” shared Young. “It was a long day and I had a lot of fun filming the video, even in the scenes where we had debris flying in our faces inside the studio.”

Young has “never been shy about his traditional country influence and spells it out in plain English,” (Rolling Stone Country) in his latest hit, “Raised On Country” — the song pays homage to his predecessors and country music icons Merle Haggard, Willie Nelson, Joe Diffie, George Strait, Alan Jackson, and Hank Williams Jr. During his career thus far he has had the honor of recording with Willie Nelson – “Rose In Paradise” found on Young’s Platinum-certified The Man I Want To Be – and Alan Jackson – “There’s A New Kid In Town” found on Young’s first-ever holiday album It Must Be Christmas . He’s also had the opportunity to tour with both Alan Jackson and George Strait.

Tickets for Chris Young’s “Raised On Country Tour 2019,” promoted by Live Nation, are on sale now at ChrisYoungCountry.com. Fans can also purchase tickets now for select cities as part of Live Nation’s Country Megaticket at www.Megaticket.com and additional dates will continue to roll-out over the coming weeks.