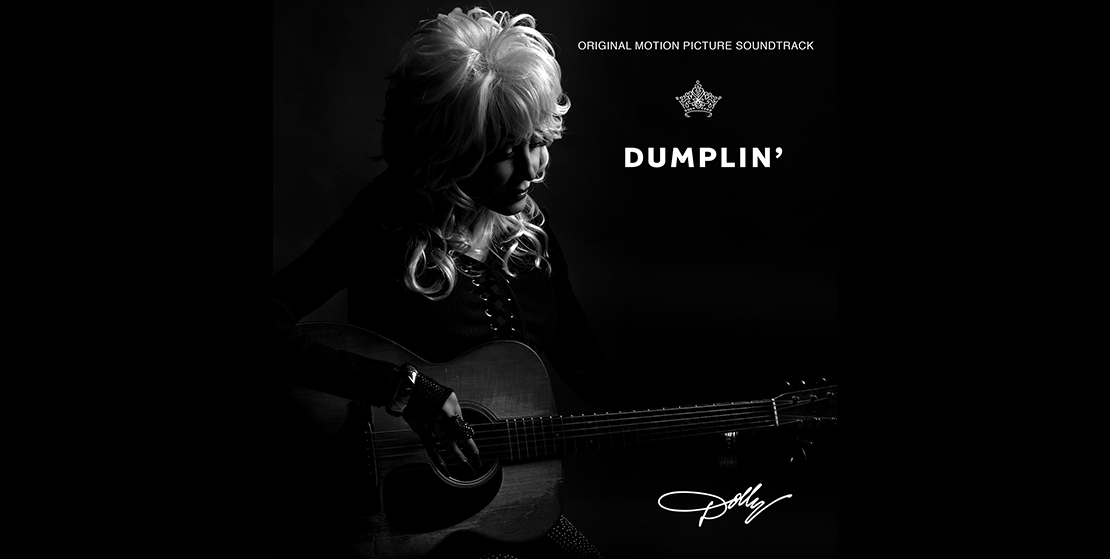 The soundtrack, which features Parton on every song, was produced by GRAMMY®  nominee Linda Perry, who co-wrote six songs with Parton. The exceptional guests on the album are as follows: Sia, Elle King, Mavis Staples, Miranda Lambert, Willa Amai, Rhonda Vincent, Alison Krauss, Macy Gray, and DOROTHY, as well as cameos by “Dumplin’” stars Danielle Macdonald and Jennifer Aniston.  A track list with song title, performer and songwriter information is below. Click here  to listen.

Music videos of three tracks from the Dumplin’ soundtrack are available on VEVO now: “Here I Am” (with Sia) [view here], “Jolene (New String Version)” [view here] and the stunning “Girl In The Movies” [view here ]. “Girl In The Movies” has already garnered a nomination for Best Original Song from a Feature Film by the Hollywood Music In Media Awards. Media attention is swirling leading into awards season with Entertainment Weekly proclaiming “an empowering anthem” and Vanity Fair opining “one thing is clear, Oscar season will be a lot more joyous with (Parton) in it.”

Now through January 17, Parton is partnering with Omaze to offer an extraordinary opportunity. Fans will have a chance to win the ultimate Dolly Parton experience: a winner and their guest will get to to spend one night in Dolly Parton’s personal suite at her Dollywood Dream More Resort! Additionally, Dolly herself will give a private tour of her home-away-from-home, while meeting the guests, taking pictures with them and signing autographs for them. This once-in-a-lifetime experience will be enhanced with additional nights at the resort in other rooms, tickets to Dollywood during its 2019 Grand Opening Weekend, and passes to Dolly Parton’s Stampede dinner theater. Fans can visit Omaze.com/Dolly to enter for their chance to win. Proceeds support Dolly’s own Imagination Library.The Omaze campaign integrates special donation bundles including a copy of Parton’s Dumplin’ Original Motion Picture Soundtrack.

Dolly Parton will be honored at the 2019 MusiCares® Person of the Year tribute on Friday, February 8, as announced in September by Neil Portnow, President/CEO of MusiCares and the Recording Academy. Proceeds from the 29th annual benefit gala will provide essential support for MusiCares (www.musicares.org ), a charity founded by the Recording Academy that ensures music people have a place to turn in times of financial, medical, and personal need. The tribute will be held at the Los Angeles Convention Center two nights prior to the 61st Annual GRAMMY Awards®. Recognized for her considerable creative accomplishments and her longtime support of a number of causes through her Dollywood Foundation, Parton will be the first artist from the Nashville music community to be honored by MusiCares. The partial list of artists who have already signed on to perform in honor of Parton include: Norah Jones, P!nk, Mark Ronson, Chris Stapleton, Leon Bridges, Lauren Daigle, Shawn Mendes, Vince Gill, Don Henley, Kacey Musgraves, Willie Nelson, Mavis Staples and singer-songwriter and Dumplin’ soundtrack producer Linda Perry.

NOTE: Additional original catalog songs and catalog remixes as featured in the film from Parton will be available as part of the streaming version of album.