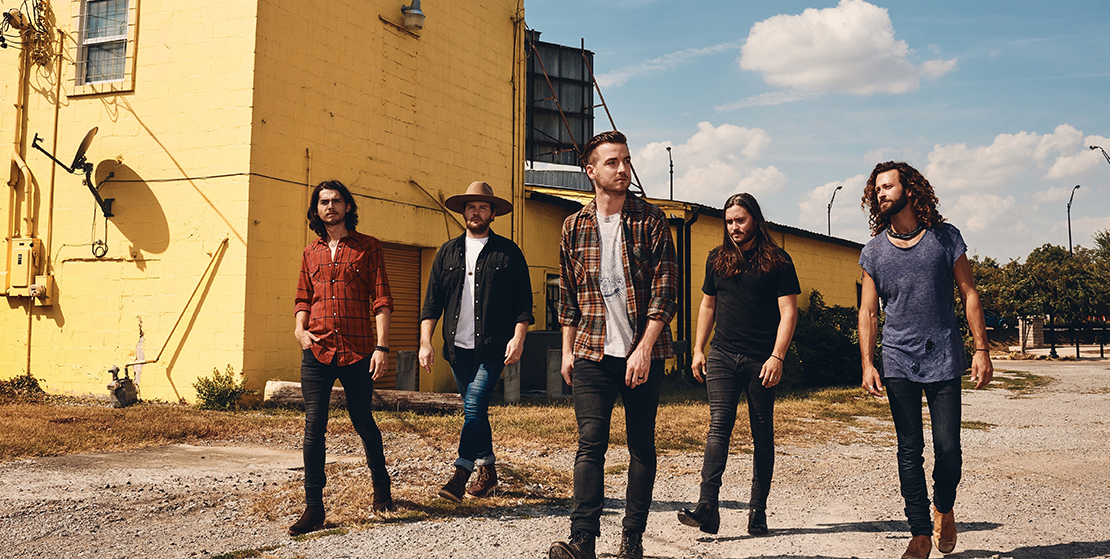 Double-Platinum Country band and Arista Nashville hit-makers LANCO deliver two new songs today with the release of “What I See” and “Old Camaro.” The irresistibly nostalgic tracks reveal another layer of LANCO, as they fuse together a modern twist on sentimental and nostalgic hometown memories combined with a fresh mix of organic sounds. Written by frontman Brandon Lancaster, drummer Tripp Howell, bassist Chandler Baldwin and Jeremy Spillman, “What I See” ships to radio on Monday (10/14) with an impact date of Nov. 4, and both tracks are available now at all digital retailers.

“We had the idea for ‘What I See’ after our bus picked us up in this little random parking lot with just a rundown bar and restaurant,” Lancaster said. “To us, it might have been insignificant as we were just passing through, but to someone, it could be a landmark. This could be the place where someone spent all their Friday nights or had their first fender-bender in high school. We started talking about all our upbringings, and realized that we all have those places in our own towns that meant something to us whether it’s the football field or just an exit sign. Though insignificant to most, they are part of our stories, so this song shines a light on the idea that ‘there’s more than meets the eye.’”

“What I See” and “Old Camaro”’s classic young love story, follow LANCO’s No. 1-selling debut HALLELUJAH NIGHTS and their GOLD certified single “Born to Love You.” The chart-topping band heightens their signature anthemic melodies and sing-along choruses after building a consistent following from headlining hundreds of shows this year.

LANCO has paved their course with the success of the double-Platinum single “Greatest Love Story,” which became a multi-week radio chart-topper. Following the release of their No. 1-selling debut and critically acclaimed album HALLELUJAH NIGHTS , which has over 560 million streams, Lancaster became the first artist in 10 years to have a No. 1 on the chart solely written by that artist, while LANCO served as the first Country group in a decade to appear at the top of the Billboard Country albums chart with a debut album. LANCO has garnered multiple nominations from CMT, CMA, ACM, AMA, and iHeartRadio Awards, while Lancaster became the first member of a group to ever win NSAI’s “Songwriter/Artist of the Year.” After hosting capacity crowds overseas and criss-crossing the U.S. and Canada for their own sold out headlining shows this year, LANCO has been tapped as support for Miranda Lambert’s 2020 WILDCARD TOUR. For more information, visit www.lancomusic.com.