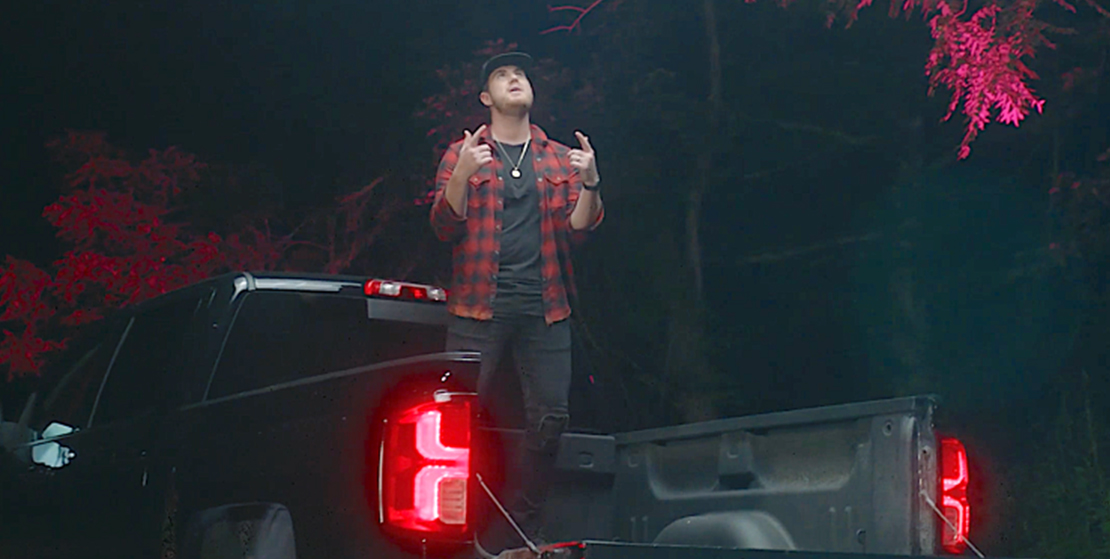 Villa 40/Sony Music Nashville rising artist Drew Green premieres his debut music video, “Right Where I Be,” today. Directed by Dustin Haney (Jimmie Allen, Brantley Gilbert), the clip co-stars Drew performing on a truck bed in an off-road setting and female lead Danielle Maltby wading barefoot through a nearby creek. Maltby appeared in the 2017 season of ABC’s The Bachelor and Bachelor in Paradise. Watch it HERE .

“Right Where I Be,” which arrived July 10 as Green’s second release through Villa 40/Sony Music Nashville, has been received with critical acclaim. Sounds Like Nashville commented, “the track is a fitting club/dance floor country-fied anthem, accompanied by infectious synth-pop.”

Drew Green also earned praise for his debut track, “Little More Be Alright,” which dropped June 11. MusicRow named the song a “DISCovery Award” winner, describing it as “a terrific fusion of a just-folks vocal, a supremely country lyric and an echoey pop production.” Journalist Robert K. Oermann went on to say, “I dig [Green], and I absolutely love the song. Stupendous work all around.”

As a McMinnville , Tennessee, native, Drew Green grew up just beyond earshot of Nashville’s storied country music industry. When he landed a gig as the singer for Tootsie’s Orchid Lounge house band, he began making trips to write and perform in the city. From there, he went on to become one of Music Row’s most prolific songwriters, signing a publishing agreement in November 2018 with Grammy-winning Brett James’ Cornman Music, a co-venture with Warner/Chappell Nashville. James is also Green’s manager. In 2019, Florida Georgia Line cut “Colorado,” which Green co-penned with Hunter Phelps and Michael Hardy (HARDY), for their No. 1 album, Can’t Say I Ain’t Country . After signing as a recording deal with Villa 40/Sony Music Nashville in June 2020, Drew dropped two critically-acclaimed singles: “Little More Be Alright” and “Right Where I Be.” With more new music on the way, the songwriter is poised to launch an equally fruitful artist career.