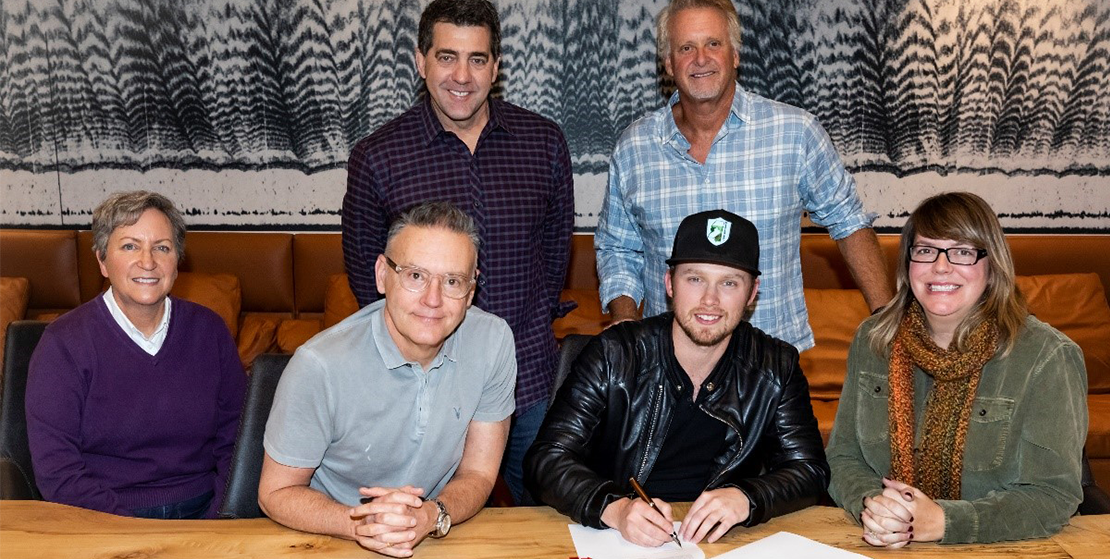 “Today is a dream come true finally getting to sign this record deal. It’s been such a journey getting to this point. Since I moved to Nashville I’ve dreamed of not only signing a record deal but specifically with a Sony label,” said Rodgers. “It’s an honor to get to work with River House and Sony together. I look forward to seeing what the rest of this year and beyond brings!”

Rodgers, a Mississippi native, moved to Nashville in 2010 to pursue a songwriting and artist career. He signed with Combustion Music in 2014, and has since had cuts including Florida Georgia Line’s “Wish You Were On It” and their latest single “Talk You Out of It,” as well as Chris Lane’s new single “I Don’t Know About You.” He has independently released two EPs, the latest featuring streaming hits, “Some Girls” and “Missing One.” They have been featured on Spotify’s New Boots and Wild Country Playlists along with SiriusXM’s On The Horizon, and a new single is expected later this year. Rodgers is slated to open Luke Combs’ Beer Never Broke My Heart Tour beginning Jan. 31 and is also one of three artists chosen for the CMA Kixstart Artist Scholarship inaugural class. He is managed by Red Light Management’s Shawn McSpadden and JP Durant, and booked by Darin Murphy and Sam Forbert at CAA.

In conjunction with the signing of Rodgers, Sony Music Nashville and River House Artists officially announce their exclusive, long-term joint-venture agreement, effective immediately. Their first collaboration commenced when multi-Platinum artist Luke Combs inked a deal in 2016 to record for the River House Artists and Columbia Nashville imprints.
“The entire Sony Music Nashville team is thrilled to be furthering our partnership with River House Artists. Lynn’s A&R instincts and passion to nurture and develop artists make her an incredible partner,” said Ken Robold, SMN COO and EVP. “We are very excited to have Jameson Rodgers as our first signing. His combination of incredible songs, work ethic and desire to be on the road growing his audience is inspiring. We can’t wait to embark on what will be an amazing partnership together.”

“I am ecstatic to be extending my River House partnership with Sony Music Nashville. We work really well together and I have never felt anything less than 100% support and commitment to my vision and the artists we develop together,” added Oliver-Cline. “Jameson is the perfect fit for our next launch together. Everything about him is genuine, and his passion for writing great songs and playing great shows is highly contagious. His record is going to be very special and there is no better team to bring it to the masses. I can’t thank Randy, Ken and the SMN team enough for being the best partners to me and RHA.”