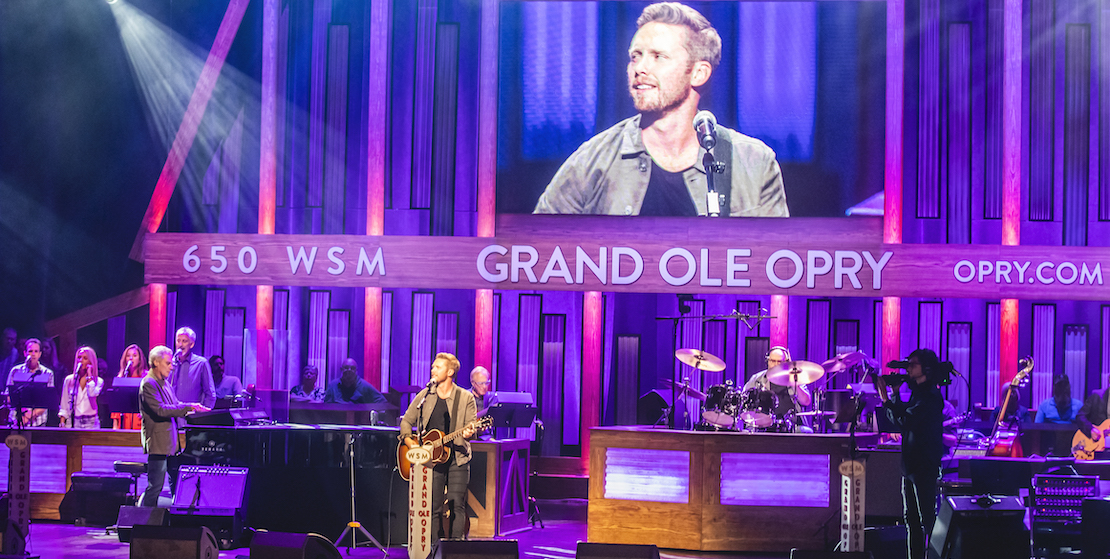 Jameson Rodgers made his debut at the historic Grand Ole Opry Wednesday night, surrounded by friends, family, and extended team.

“I can’t believe this is actually happening,” Rodgers told the crowd. “I moved to Nashville nine years ago and I made some goals for myself. One was to sign a record deal, the other was to write a hit song, and the other was to play the Grand Ole Opry. 2019 has been my year. I signed a record deal in January with Sony Records and River House. I’m a songwriter on the No. 2 song at country radio right now. And I’m standing in the circle. I say that with all the humility in the world, cause it’s been quite a journey getting to this point and it hasn’t always been easy, but I think that’s the way life’s supposed to be.”

Rodgers performed his debut single “Some Girls” – which recently hit 35 million on-demand streams – as well as fan-favorite “Missing One” and unreleased ballad “Desert.”

The hard-touring entertainer – who is a co-writer on Chris Lane’s Top 2 smash “I Don’t Know About You” – has been rocking crowds across the country on his summer headlining trek. Thursday night he returned to Luke Combs’ BEER NEVER BROKE MY HEART TOUR as the fall leg kicked off in Rogers, AR. Rodgers will open for Combs at iconic venues including two-night stands at The Greek Theatre in Los Angeles, CA and Nashville’s Bridgestone Arena.