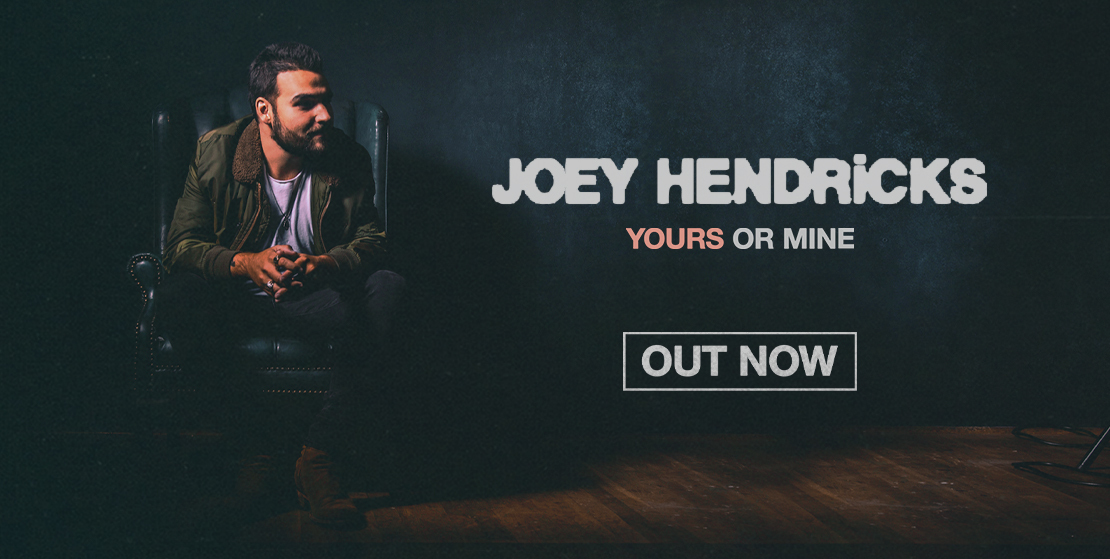 Joey Hendricks released “Yours or Mine” today as his first musical offering through Sony Music Nashville. The simmering track, which Hendricks wrote over a year ago with Daniel Ross and Michael Whitworth, takes a heartfelt look at the bold first steps of a new relationship and wondering when and how to take them. Listen here.

“It’s about the beginning stage of getting to know somebody,” Hendricks says of the song. “Who’s going to be the first to say, ‘this is more than just hanging out’?”

Hendricks’ signing to Sony Music Nashville was announced on Monday. After moving to Nashville from his hometown, Anacortes, Washington, in 2017, Hendricks quickly made a name for himself in the songwriting community as a talented lyricist and gifted musician. He signed a publishing deal with Parallel Entertainment, whose head, Tim Hunze, encouraged him to make the leap into solo artistry by cutting a few of his own songs. Heavily inspired by generational songwriters like Neil Young and John Mayer, Hendricks ’ music has a timeless quality, touching on heartland rock themes like childhood nostalgia and restlessness while steeped in country storytelling tradition.