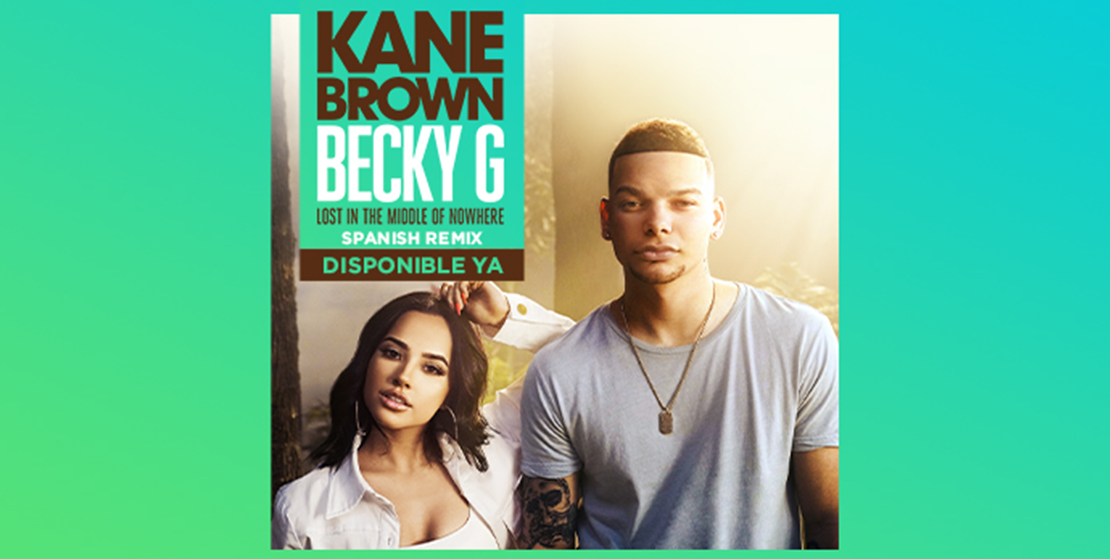 “I am truly surprised and grateful to be nominated for best pop song for the Latin AMAs,” remarked Brown. “When Becky G agreed to sing this song with me, I never imagined how successful it would be. I am so thankful to the Latin Music community and fans for supporting ‘Lost In The Middle Of Nowhere.'”

Becky G responded, “How cool is it to be nominated for the first genre-bending reggateon-country, not to mention – spanglish – record to ever exist. We’re making history over here and I couldn’t be prouder to do it with my friend, Kane Brown.”

“Lost in the Middle of Nowhere,” which has accumulated nearly 100 million worldwide streams, reunites Brown with Lauren Alaina, his duet partner on the 4X Platinum smash “What Ifs.”  Now as co-writers, Alaina and Brown penned “Lost in the Middle of Nowhere” with Jon Nite (“Break Up in the End,” “Think a Little Less”) and Jesse Frasure (“Life Changes,” “Dirt on My Boots”).