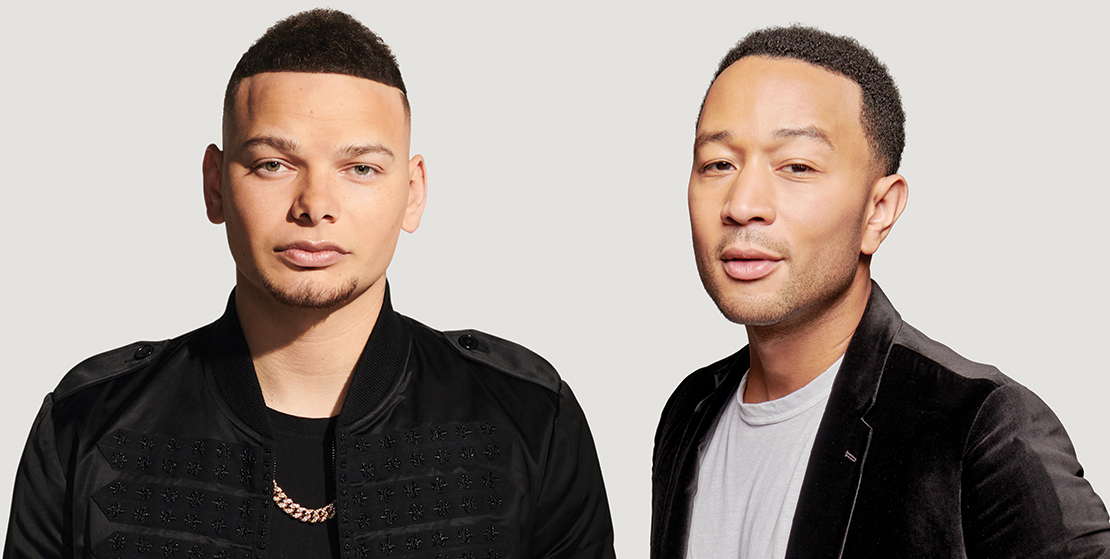 Kane Brown and John Legend are premiering the official music video for “Last Time I Say Sorry,” exclusively with fans on YouTube today, ahead of their national TV performance debut on  ACM® PRESENTS: OUR COUNTRY. Brown and Legend are inviting fans to join them for a special Q&A chat, beginning at 4 p.m. CT / 2 p.m PT with the video premiere to follow at 4:15 p.m. CT / 2:15 p.m. PT, HERE.

The award-winning artists filmed the video in quarantine and are co-directors, recording their own segments of the video on iPhone (Brown) and Google pixel/MacBook (Legend) in isolation at their homes. “Last Time I Say Sorry” is the first official music collaboration between the artists, and the duo will perform the song live for the first time together on ACM Presents: Our Country on Sunday, April 5th (8:00-10:00 PM, ET/PT and 7:00 PM CT) on CBS.

Brown appeared live with Gayle King on CBS This Morning to talk about how the song came together, saying “We just started talking about our relationships…usually the guys in the relationship will say sorry and then turn around and do it again, and me and John were both like, that’s the worst feeling in the world…” View the full clip HERE.
“Last Time I Say Sorry” was co-written by Brown, Legend, Matt McGinn and Andrew Goldstein, and continues to garner attention from fans and critics alike. People.com called the pair, “…a musical force to be reckoned with…,” the New York Times said, “…Brown softens the edges of his rich voice…,” hailing the song, “…a success…,” and ET lauded “…a powerhouse duo…” Both artists also talked in-depth about the collaboration exclusively with Entertainment WeeklyHERE.

Brown and John Legend first connected backstage at “The Voice,” where Legend was a coach and Brown was a guest artist and performed his Platinum-certified No. 1 hit single “Homesick.” The two collaborated on “Trailer Talk,” Legend’s behind-the-scenes, online interview and performance series that takes place outside of his trailer at “The Voice.” “Last Time I Say Sorry” marks the latest song Legend has released this year, including the #1 “Conversations In The Dark” and most recently “Actions.” “Last Time I Say Sorry” follows Brown’s 5 consecutive #1 hits at Country radio, including his latest #1 single, “Homesick.”