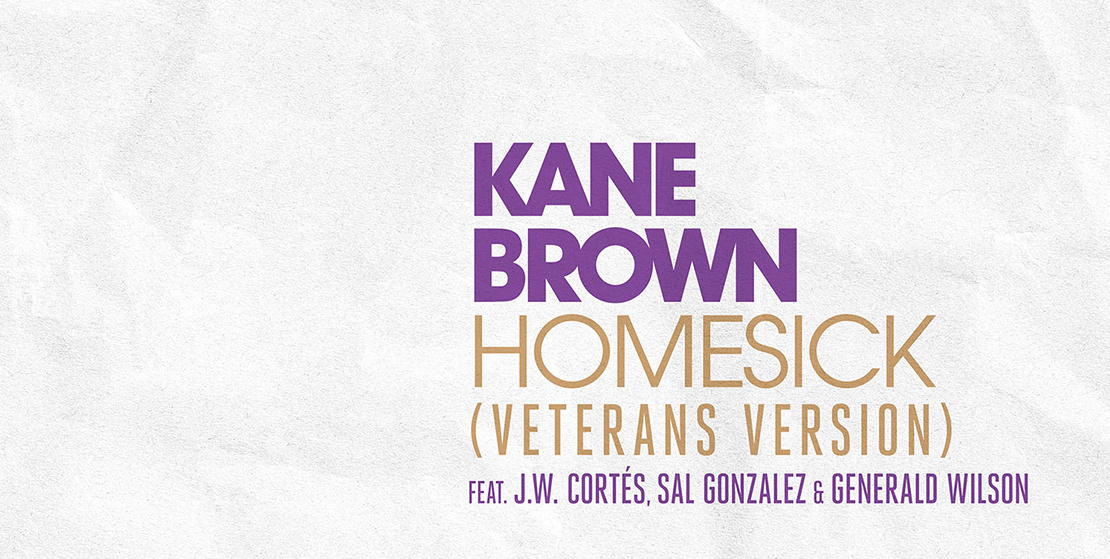 Anchored in its longstanding belief that ‘it’s not about what you have, but about what you give,’ Crown Royal is giving back to support American heroes who are serving on the frontlines and minority veterans in their fight for social justice. The Crown Royal Purple Bag Project is enlisting the help of award-winning, multi-platinum country music artist Kane Brown and a team of veteran singer-songwriters to remix his number one single “Homesick,” launching on the one-year anniversary of the song’s original release date.

For every stream of “Homesick (Veterans Version)” The Crown Royal Purple Bag Project will pack 1 bag to be donated as a care package to non-profit Packages From Home as part of the brand’s goal of one million bags by the end of 2020, and will donate $1 to community-based 501(c)3 organization Minority Veterans of America, up to $100,000. Crown Royal and Kane Brown are committed to supporting the American heroes who have generously served our country during these unprecedented times, including frontline and essential workers, first responders, healthcare workers, active-duty military servicemembers and those who are fighting for social justice in the minority veteran community.
Originally written by Brown, “Homesick” was dedicated to members of the military. The “Homesick (Veterans Version)” track, available on streaming services on August 5th, is a reimagined ballad featuring the vocals of veterans Generald Wilson, Retired Petty Officer First Class, U.S. Navy; J.W. Cortés, Retired Gunnery Sergeant, U.S. Marines; and Sal Gonzalez, Retired Lance Corporal, U.S. Marines. It is available to stream HERE.

“I’m honored to partner with The Crown Royal Purple Bag Project and release ‘Homesick (Veterans Version)’ in recognition of the American servicemen and women who have given so generously during this difficult time,” said Kane Brown. “I also recognize the incredible importance of acknowledging the service our minority veterans have made for this country. My hope is this remix shines a light of hope and generosity, to uplift our heroes during this time.”

“As a veteran, it means so much to work with a brand that has a long history of supporting service men and women,” said J.W. Cortés. “I want this remix to serve as an anthem for all American heroes as we continue to work together for a better tomorrow.”
“Our iconic purple bag is a symbol of generosity and we’re proud that The Crown Royal Purple Bag Project can help give back to those who have given so much of themselves,” said Sophie Kelly, SVP, Whiskies, Diageo NA. “We’re so grateful for the support of Kane and our veteran partners, as well as Packages from Home and Minority Veterans of America, as we continue to give back to those who protect and serve our country.”

While life looks different today than it did before, Crown Royal hopes you raise a glass at home while listening to the “Homesick (Veterans Version).” As always, please drink responsibly.