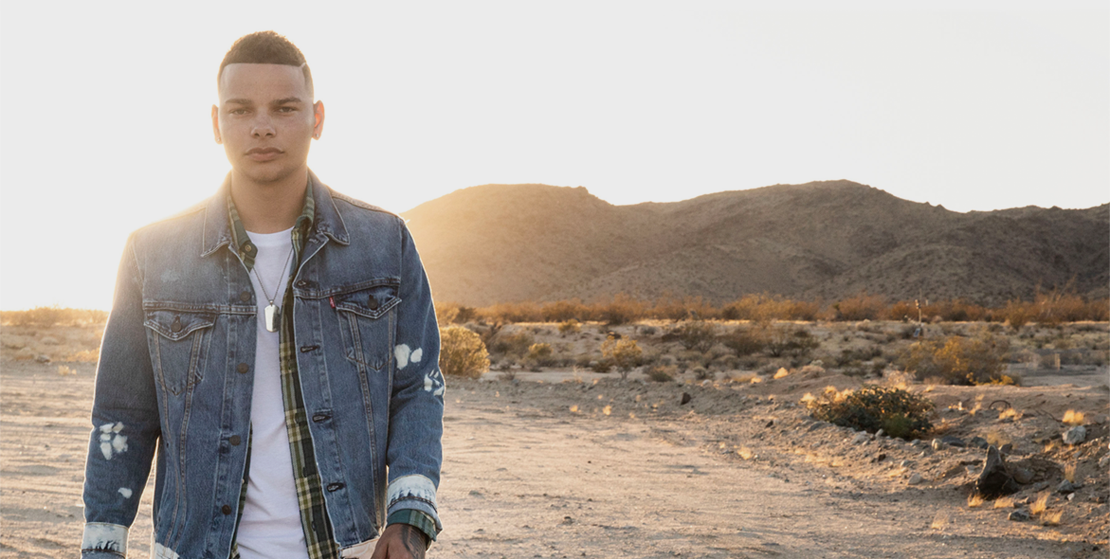 New Era, the official on field cap of the NFL, today rolled out a new line-up of ambassadors for the 2018 NFL Season including Multi-Platinum breakthrough artist Kane Brown. The only artist in the country format to ever be selected for the campaign, Brown joins NFL athletes Dak Prescott, Sterling Shepard, Jimmy Garoppolo, JuJu Smith Schuster, and Jamal Adams, and model Victoria Brito to create a group that intersects sports, music and lifestyle. These ambassadors will be featured in New Era creative campaigns for the brand’s NFL line of products. Brown also designed an exclusive New Era hat that will be available this season as part of the campaign.

“This year, New Era sought a diverse group of athletes and artists to represent our 2018 NFL product collection,” said Ryan DiNunzio, Director of Football for New Era Cap. “This group pushes boundaries both on and off the football field aligning with our continued efforts to push the boundaries of sports and style with every NFL cap we create.”

This year’s ambassador line-up features familiar names including Dak Prescott and Sterling Shepard, who New Era worked with last year. Prescott and Shepard have continued to showcase their professionalism both on and off the field, making them ideal ambassadors for New Era Football. The company has also added Jimmy Garoppolo, JuJu Smith Schuster and Jamal Adams, three young players who are energizing the fan bases in their respective markets. For the first time ever, New Era has partnered with a country music artist for an NFL campaign, Kane Brown. A record-breaking multi-platinum country artist, Brown is a rising star who is also an avid fan of the NFL and New Era. Rounding out this year’s ambassador group is Victoria Brito, a model who embraces inclusion and diversity, core pillars of the New Era brand.

The campaign kicked off with the introduction of the 2018 Sideline Collection which features caps for both home and away games. Creative can be seen in-store at headwear and sporting goods retailers globally. Furthermore, original video content featuring the ambassadors will be released throughout the season. This content will be showcased on New Era’s social channels and ecommerce site. To learn more about New EraCap’s ambassadors, please visit https://www.neweracap.com/ambassadors.

The announcement is the latest news as Brown works to complete the highly-anticipated follow-up to his multi-week #1 Platinum-certified debut album. Kane Brown holds 2018’s longest reign on Billboard’s Top Country Albums Chart with 10 weeks at #1 and has hit a total of 12 weeks at #1. Already Top 20 and rising on Billboard and Mediabase Country Airplay charts and Nielson’s Country Core On-Demand Audio and Video Streaming charts, Brown’s first single off the new project, “Lose It,” continues to gain momentum and critical-praise, with the New York Times calling it “urgent and saucy…broad-spectrum ecstasy.” Additionally, Brown’s “Lose It” is spotlighted in Amazon Music’s brand-new advertising campaign, A Voice is All You Need. The ads highlight the powerful vocals of notable songs by Brown and superstars Ariana Grande, Kendrick Lamar, SZA and Queen while demonstrating the simplicity of voice with Alexa. See the animated video for “Lose It” HERE.

Brown first topped the Billboard Top Country Albums chart with the release of his self-titled debut album (2016) and Kane Brown Deluxe Edition (2017), which debuted at #1 on the Billboard Top Country Albums and Top 5 on Billboard 200 Charts. Brown made history as the first-ever artist to top all five Billboard Country Charts with his breakthrough #1 Top Country Album; #1 debuting Country Digital Song, the Double-Platinum “Heaven”; and #1 Country Airplay, Hot Country Song and Country Streaming Song, the Triple-Platinum “What Ifs.” To date, Kane Brown remains the best new artist country debut of the past four and a half years and is available  HERE.