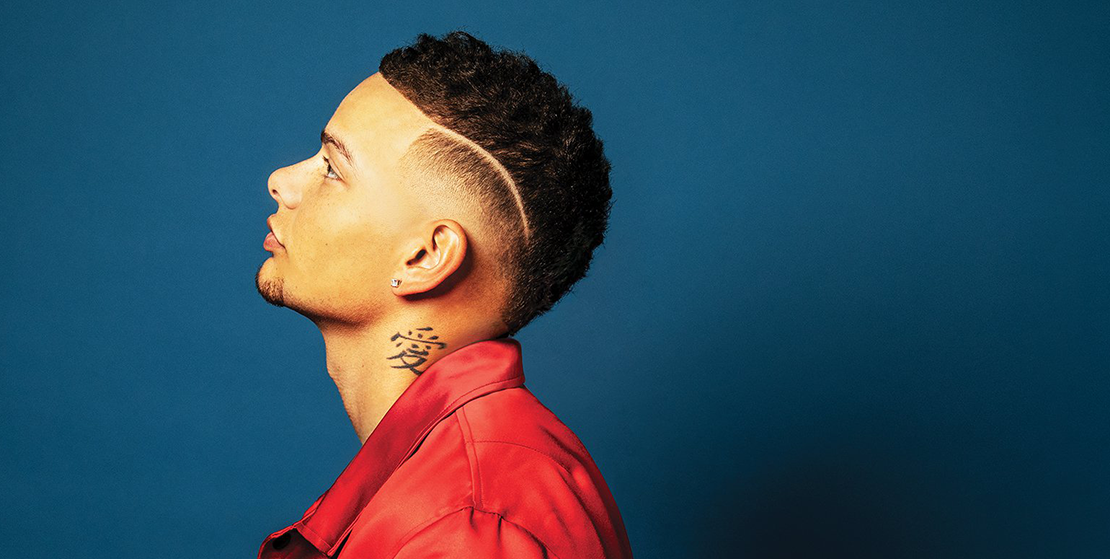 Multi-platinum country entertainer Kane Brown has been selected by the Associated Press as a 2018 Breakthrough Entertainer of the Year. The “boundary-breaking country star” (AP) is one of eight entertainers spanning a range of actors, comedians and musicians whose distinguished work earned them a spot on the annual year-end list, with the AP noting “it is hard to imagine what entertainment might have looked like without them in 2018.”

On the heels of a record-breaking 2018, the Georgia-native continues to add to his year-end accolades, with country radio recently naming “Heaven”  this year’s #1 Top Country Airplay song on Billboard and the #1 Most Heard Country song on Mediabase/Country Aircheck. Revealed in the Country Aircheck/Mediabase and Billboard year-end issues, the milestones continue to stack up since the song’s incredible ride began with the release of theDeluxe Version of Brown’s 12-week #1 self-titled debut album. Written by Shy Carter, Matt McGinn and Lindsay Rimes, “Heaven” earned a 2018 American Music Award for Favorite Country Song, was certified Triple-Platinum by the RIAA, became SESAC’s “Song of The Year” and was named “2018’s Biggest Pure Country Hit” by Variety as they featured it as the only solo country song in their annual Variety Hitmaker’s Issue.

Brown’s sophomore album Experiment was released November 9 and debuted #1 on the all-genre Billboard 200 and Billboard Top Country Albums charts with 124,000 units. In his November Billboard cover issue, the country star received accolades for “arguably changing the future of Country forever.” The only artist in Billboard history to simultaneously top all 5 Billboard Country Charts at the same time with his #1 debut album, the #1 Quadruple-Platinum single “What Ifs” and the Triple-Platinum multi-week #1 “Heaven,” Brown is also the first artist in more than 24 years to top the Billboard 200 chart with a sophomore release. Since making his national debut on The Ellen DeGeneres Show in 2016, Brown has appeared on the American Music Awards, ACM Awards, CMT Awards, Latin Grammys, The Today Show, Good Morning America, Live with Kelly and Ryan, Jimmy Kimmel Live!, Late Night with Seth Meyers, Nightline, The Voice and was recently featured by The New York Times, USA Today, Associated Press, Billboard, Rolling Stone, Time Magazine, The Tennessean, Variety, People Magazine, Essence, Stereogum, Vogue, and more. Brown is set to hit the road on his LIVE FOREVER Tour, starting January 2019. For more information, including a list of tour dates, visit kanebrownmusic.com. To stream or download Experiment, visit HERE.