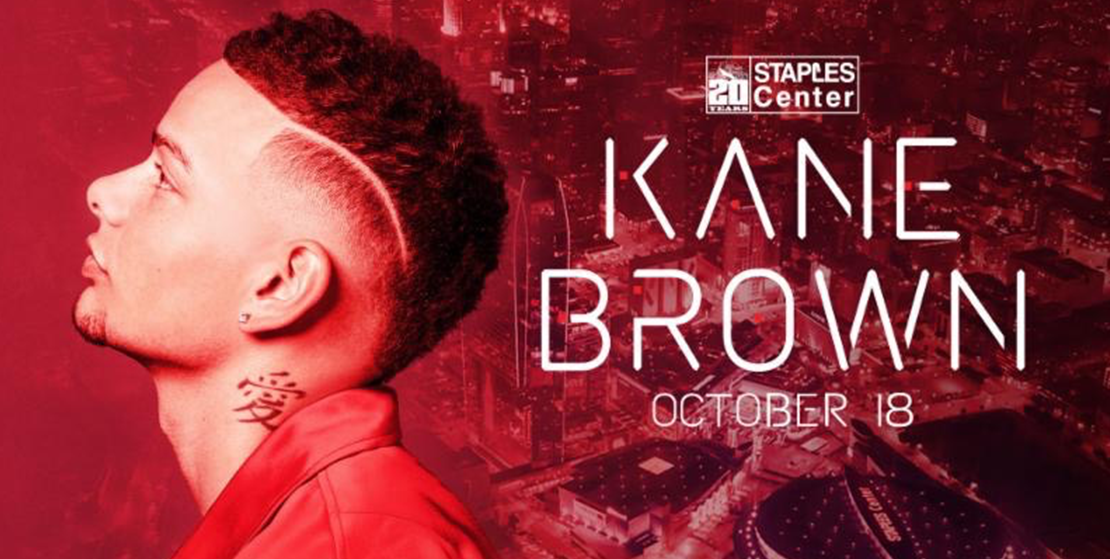 After a record-breaking pre-sale, multi-Platinum award-winning “breakthrough entertainer” (Associated Press ) Kane Brown sold out the Los Angeles Staples Center in less than two hours on Friday, July 26th. Brown’s headlining concert at Staples Center on October 18th, 2019 marks the kick off of the historic downtown Los Angeles venue’s 20th anniversary celebration. The concert marks the first major milestone event in what will be a year long celebration of the arena’s memorable history since opening the doors on October 17, 1999, including its contribution as the driving force behind the revitalization and resurrection of downtown Los Angeles. Staples Center will celebrate their 20-year anniversary with a series of exciting events and special nights dedicated to highlighting significant moments that have taken place.

A 3X AMA winner, Kane Brown continues to “defy-genres” and “break boundaries” (Billboard) in country music. Brown is the first artist in Billboard history to Top all 5 Billboard Country charts simultaneously and with the 4X Platinum certification of “Heaven,” he became one of only five country acts with multiple 4X Platinum hits joining Luke Bryan, Florida Georgia Line, Sam Hunt and Taylor Swift. Noted as being the “future of Country” (Billboard) and one of “31 People Changing the South” (Time), Brown released his Experiment  album in November 2018, which debuted #1 on both the Billboard  200 and Top Country Albums chart. With the release of his sophomore album, Brown become the only male country artist in more than 24 years to debut at the top of the Billboard 200, and only one of three country artists to top the Billboard 200 chart in all of 2018. To date, Experiment has produced back-to-back #1 hit singles – the Platinum-selling hit, “Lose It” and Platinum-selling hit, “Good As You,”– and was ranked by The New York Times as one of the Top 10 Best Albums of the Year. An ACM, AMA, Billboard and CMT nominee, Brown first broke through the country charts with his debut self-titled album, which debuted #1 on the Billboard Top Country Album charts and spent 13 weeks at the top of the chart.