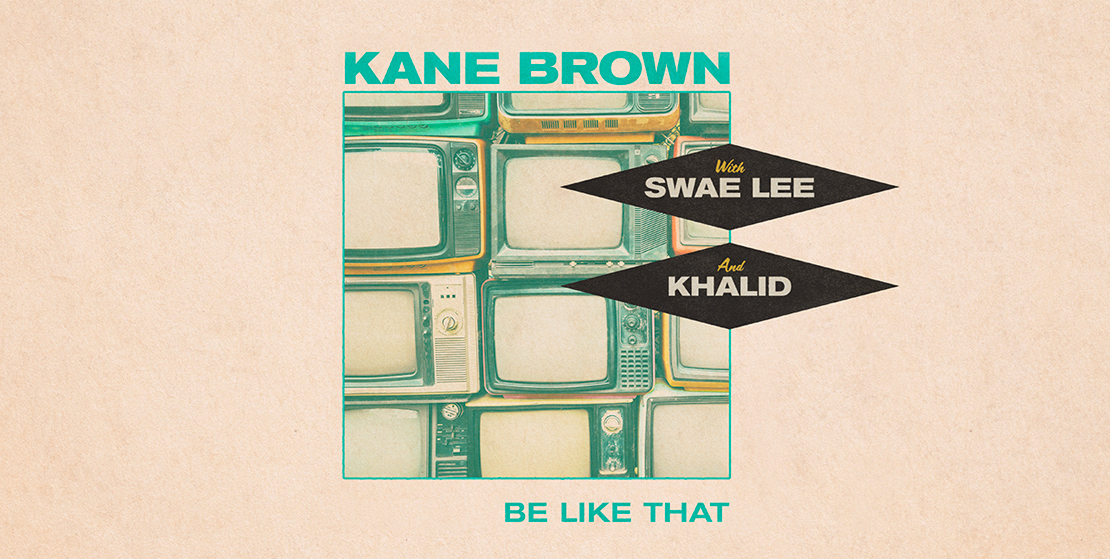 Multi-Platinum country superstar Kane Brown released “Be Like That” together with Grammy-nominated artists Swae Lee and Khalid today. The Pop-forward summer anthem, which all three artists had a hand in writing, follows Brown’s unifying ballad “Worldwide Beautiful,” which he released last month and debuted on nationwide television with a performance at the 2020 BET Awards on June 28. Listen to “Be Like That” here.

“It’s about all the different feelings you can have in a relationship,” Brown says of “Be Like That. “And trying not to overthink it. When it gets tough, you want to be on your own, but then you miss the person a second later. I think it’s something everyone goes through.”

“Be Like That” reunites past collaborators Brown and Khalid, who teamed up for a remix of Khalid’s single, “Saturday Nights,” in January 2019. From there, Brown went on to work with a series of stars across multiple genres, including famed DJ Marshmello, with whom he co-wrote and released “One Right Thing,” which reached the Top 15 at Mediabase’s Pop Radio Airplay chart. His ballad with John Legend, “Last Time I Say Sorry,” followed in March 2020 and peaked at No. 2 on Billboard’s Digital Song Sales chart. The following month, Brown dropped “Cool Again,” which closed out April as the most-added single to country radio and is currently at No. 14 on Billboard’s Country Airplay chart.

Swae Lee released “Reality Check” last month, his first new music since his feature on Chloe x Halle’s hit “Catch Up” from their Top R&B Albums No. 2 long-player, Ungodly Hour. Earlier this year, Khalid unveiled a pair of critically acclaimed new singles, “Know Your Worth” (w/ Disclosure) and “Eleven” feat. Summer Walker along with stunning visuals to accompany both tracks.