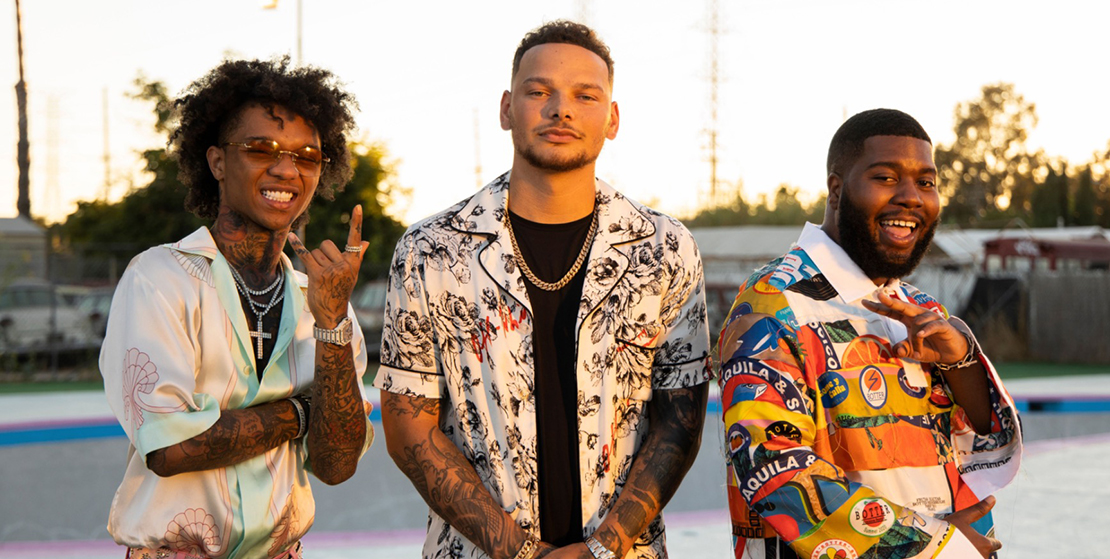 Multi-Platinum country superstar Kane Brown shares his vibrant, retro-style music video for “Be Like That” together with Grammy-nominated artists Swae Lee and Khalid today. The clip, which was directed by Alex Alvga, features each artist performing in various backdrops of a 1940s-era motel in Sun Valley, California. Watch it HERE.

“Be Like That,” which arrived on July 10 and all three artists had a hand in writing, continues to climb Billboard’s Pop Songs and Adult Top 40 charts. It provided both Brown and Khalid with their biggest first-week launches at Top 40 radio when it became the No. 1 most-added song at the format with 103 stations. The milestone matched the success of Brown’s other current single, the Top 10-and-climbing country smash, “Cool Again,” which was the most-added country song its initial week of release with a career-high 103 stations onboard, and has become Brown’s fastest rising single to date.

The “Be Like That” video is arriving on the heels of Brown’s critically-acclaimed EP, Mixtape Vol. 1, which the 4X AMA-winner unveiled last Friday. The seven-track set, which the Evening Standard praised as “immediately memorable,” includes four previously released songs: “Cool Again,” “Be Like That,” “Worldwide Beautiful,” and “Last Time I Say Sorry,” Brown’s “gorgeous ballad” (Billboard) with 11X Grammy-winner John Legend. It also introduces three new songs: “BFE,” “Didn’t Know What Love Was,” and “Worship You.” Brown also dropped the track and music video for “Cool Again (feat. Nelly)” on August 7.