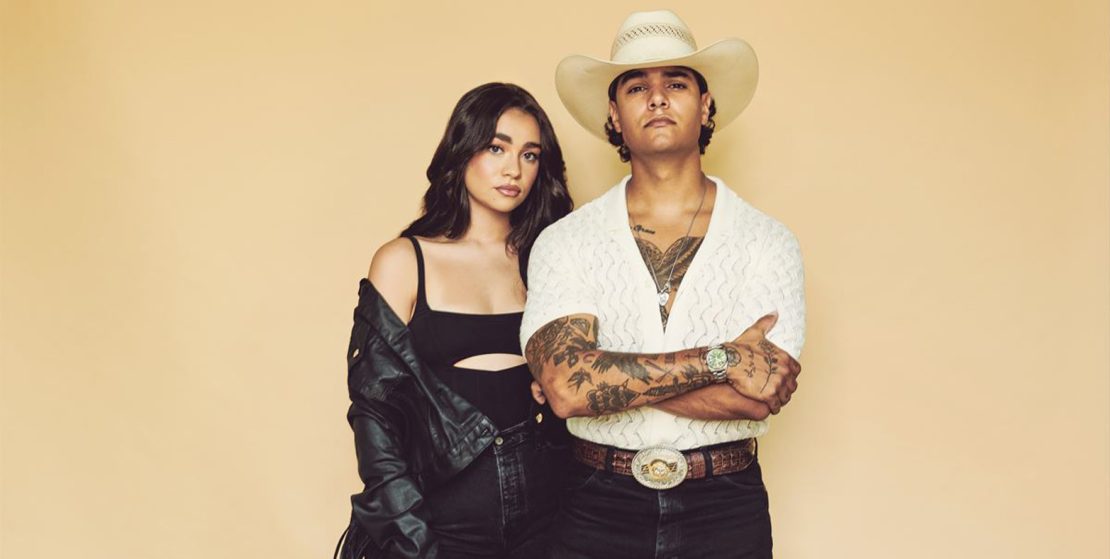 Following the release of Side A of their self-titled EP earlier this month, Country-Latin duo Kat & Alex released an entirely Spanish version of the project, Lado B, today. The EP arrives just in time to celebrate Hispanic Heritage Month. Listen here.

Growing up, Kat & Alex recalled seeing ‘Lado A’ and ‘Lado B’ (translation: ‘Side A’ and ‘Side B’) on their parents’ records. The duo has made it their mission to share music that reaches and celebrates a diverse and expansive audience including Spanish speakers like themselves, so with their debut EP, they decided to release an entirely Spanish version as well.

“Sonically, the project is a melting pot…introducing two different worlds,” Kat & Alex said. “You’ll hear country, which is the root of it, as well as some rock, soul and pop. The common theme of the music though is love, which is purposeful because our relationship is full of love and it’s the core of everything we do.”

“Our mission is to show that there’s an audience of Spanish speakers that love country music. It’s not just for one group of people, it can be shared and created by anyone. If you love it, you can make it,” Kat & Alex said.

Taste of Country noted that the project “features heartfelt storytelling, spellbinding husband-and-wife harmonies, Kat’s emotionally charged powerhouse vocals and a well-rounded showcase of their country-pop-savvy sensibilities.” The project was also recognized in Billboard, The Tennessean, and others. Additionally, last night Nashville Lifestyles named the duo as on of their “Most Beautiful People” honorees for the year.

Recently singled out as an Emerging Latin Artist to Discover by Billboard and named a CMT Listen Up artist for 2022, Kat & Alex are “well on their way to stardom” (People Magazine) and continue to establish themselves as Nashville’s most compelling outliers.