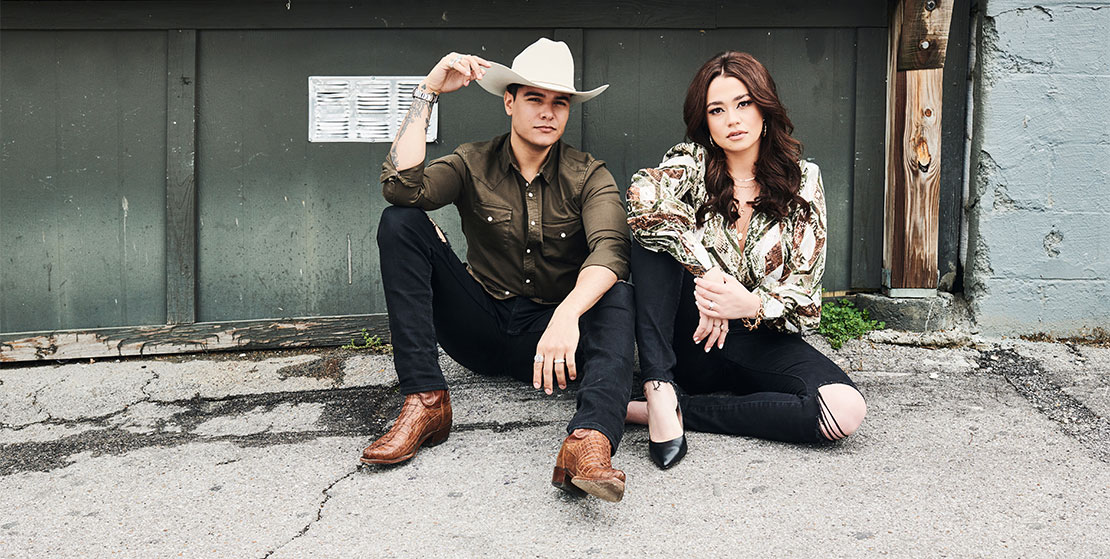 “Heartbreak Tour” and “You and the Radio” are available everywhere now, HERE.

“Heartbreak Tour” puts the duo’s harmonious vocals at the forefront as they deliver heartfelt lyrics about the push and pull of their journey in music. The song was written by Kat & Alex themselves and produced by Brad Hill (Maren Morris, Brothers Osborne). Meanwhile, “You and the Radio” offers upbeat, rowdy guitars and an anthemic chorus that longs for sunset drives with that someone special and the radio on at full blast. The song was written by Robyn Collins (Josh Gracin, Kalie Shorr, Hayley Orrantia), Jordan Minton (Keith Urban, Dan + Shay, Abby Anderson), and Mark Trussell (Keith Urban, Maren Morris) and also produced by Hill.

About “Heartbreak Tour,” Kat & Alex say, “‘Heartbreak Tour’ is extremely special to us because it’s one of the very first songs we wrote together. It came to us at a difficult time in life when we were wrestling between doing music full time and going back to 9-5 jobs. So in reality, it’s a real reflection of our choice to pursue this life and this career together.”

The rising stars burst onto the music scene when they competed individually on American Idol in 2020, giving viewers their first taste of the couple’s unique Country-Latin sound. After their run on Idol, the pair moved to Nashville to embark on their musical journey together. In a few short months, their distinct blend of voices has ignited a fire within the music community, and the two are perfectly positioned to blaze their own trail.

Last Fall, Kat & Alex released their debut single, “How Many Times ,” which showcases the duo’s unique musical style – a unique blend of country and soul with Latin roots. The song was written by Grammy-winning songwriter Jordan Reynolds (Dan + Shay, Keith Urban, Thomas Rhett) and his frequent co-writing partner Robyn Collins and it was produced by Brad Hill. The duo also released a version of the song that features a Spanish chorus, in homage to their Latin heritage. Since it’s release, “How Many Times” has surpassed over 9 million streams and was placed on major playlists such as Spotify’s Hot Country, New Boots, Sin Ti, Duetos and Apple Music’s Today’s Country and Country Risers.
KatandAlex.com | Facebook |  Instagram | TikTok