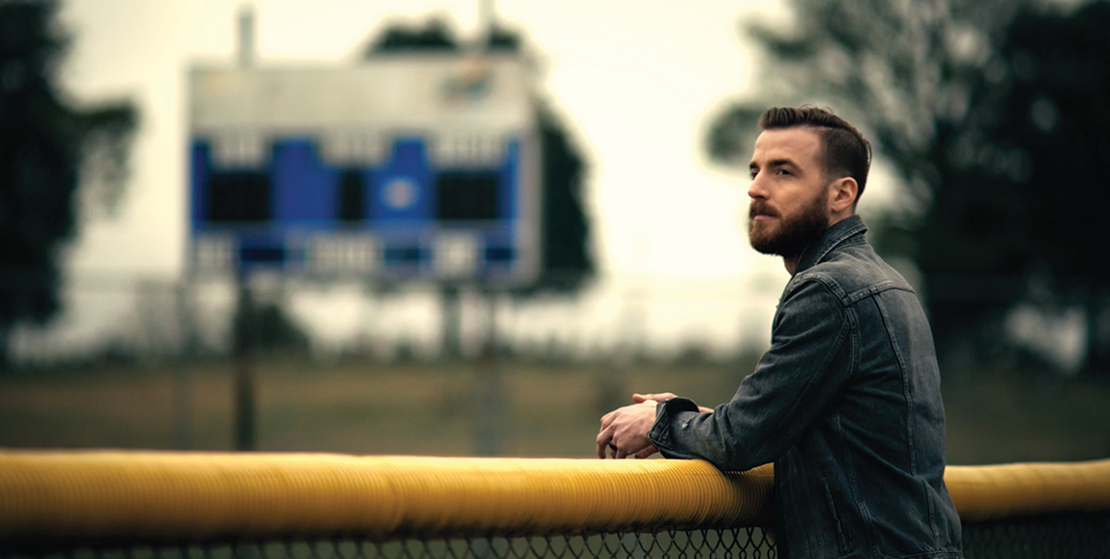 Multi-Platinum band and Arista Nashville hit-makers LANCO take a step back in time in the new music video for their nostalgic single “What I See.” The music video heightens the song’s vivid lyrics of hometown memories proving there’s more to everyone than what meets the eye. Lead singer Brandon Lancaster created the concept alongside director Peter Zavadil and also serves as a co-writer on the track with drummer Tripp Howell, bassist Chandler Baldwin and Jeremy Spillman. “What I See” is known to “showcase the band’s versatility” (Billboard ) and has already garnered more than 8 million streams alone and its music video is now available here.

“This music video explores the idea that everyone has their own story and their own perspective on what makes that story special,” Lancaster said. “I wanted the narrative to highlight how different pillars can evoke different emotions in people depending on the path they’ve taken — whether it be a scoreboard, a curve in a road or even one’s own reflection.The center-point of the video is at a dive bar which to many could seem insignificant, but to us it represents the place where the concept of this song was born.”

Go behind the scenes with LANCO on the music video set for “What I See” as they share the importance of detailing the past here.

Through “What I See” LANCO “builds from simplicity to epic grandeur” (Music Row) as they fuse together a modern twist on sentimental memories that are combined with a fresh mix of organic sounds. Filled with their signature anthemic melodies and sing-along choruses the “devastatingly universal concept” (Taste of Country) is another example of how LANCO “makes music that matters and sounds original,” (Planet Weekly). The new single also served as the name behind their headlining WHAT I SEE TOUR where “the crowd-pleasing country-rock quintet” (Chicago Daily Herald) was known to deliver “giant singalongs” (St. Louis Dispatch).

LANCO continues to pave its course after the the success of their 2x Platinum multi-week radio chart-topper “Greatest Love Story” and critically acclaimed Gold hit “Born To Love You.” The five-man band’s No. 1-selling debut and coming-of-age album, HALLELUJAH NIGHTS , made LANCO the first Country group to debut on the Billboard Top Country Albums charts at No. 1 in 10 years. The new music from the ACM “New Group of the Year” follows multiple nominations from from the CMT, CMA, ACM, AMA, and iHeartAwards, while Lancaster became the first member of a group to ever win NSAI’s “Songwriter/Artist of the Year.” Critics continue to be impressed with the chart-topping band’s persistence of “bringing a combustible mix of romance and live-for-the-moment joy” (Journal Courier).