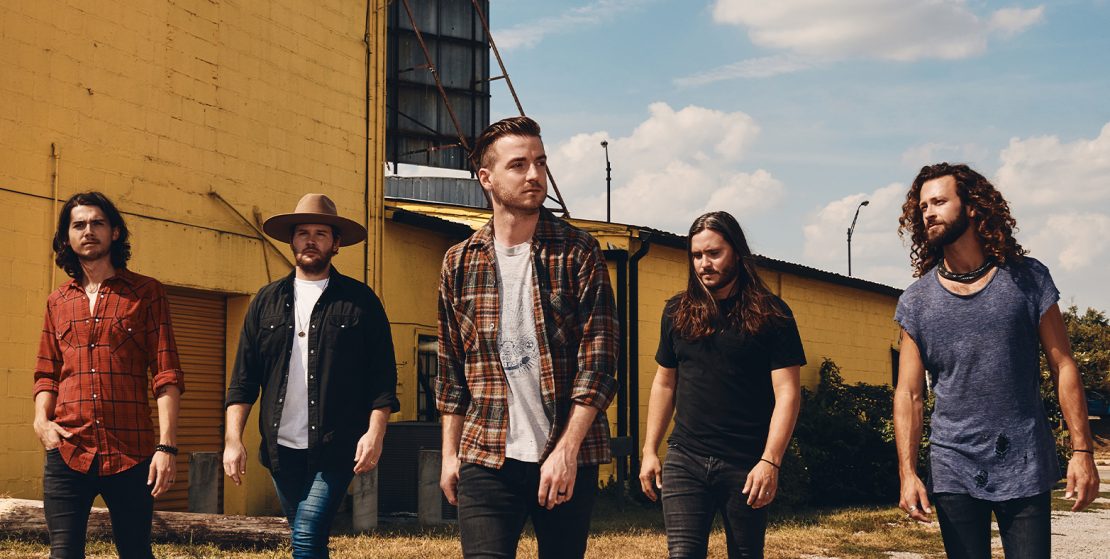 Double-Platinum Country band and Arista Nashville hit-makers LANCO have been tapped as the headlining halftime performer during the New England Patriots’ “Salute to Service” game on Nov. 24, when they take on the Dallas Cowboys. Presented by Bud Light, the group will give a sold-out crowd at Foxborough, MA’s Gillette Stadium a set filled with the rafter-shaking energy the five-man band are known for on the road. Additionally, LANCO will pay special tribute to the armed forces for their service and sacrifice and perform new music during the anticipated match-up including their new single “What I See,” which has become the most-added single of their career and is tied for the most added song this week.

LANCO continues to pave its course after the the success of their 2x Platinum, multi-week radio chart-topper “Greatest Love Story” and critically-acclaimed Gold hit “Born To Love You.” The five-man band’s No. 1-selling debut and coming-of-age album, HALLELUJAH NIGHTS, made LANCO the first Country group to debut on the Billboard Top Country albums charts at No. 1 in 10 years. The new music from the ACM “New Group of the Year” follows multiple nominations from from the CMT, CMA, ACM, AMA, and iHeartAwards, while Lancaster became the first member of a group to ever win NSAI’s “Songwriter/Artist of the Year.” After playing over 100 shows this year “one of Country’s most potent live acts” ( Rolling Stone) will propel the “infectious bounce to their pop-country, small-town storytelling” (Green Bay Press Gazette) as their headlining WHAT I SEE TOUR kicks off ahead of hitting the road for Miranda Lambert’s 2020 WILDCARD TOUR.