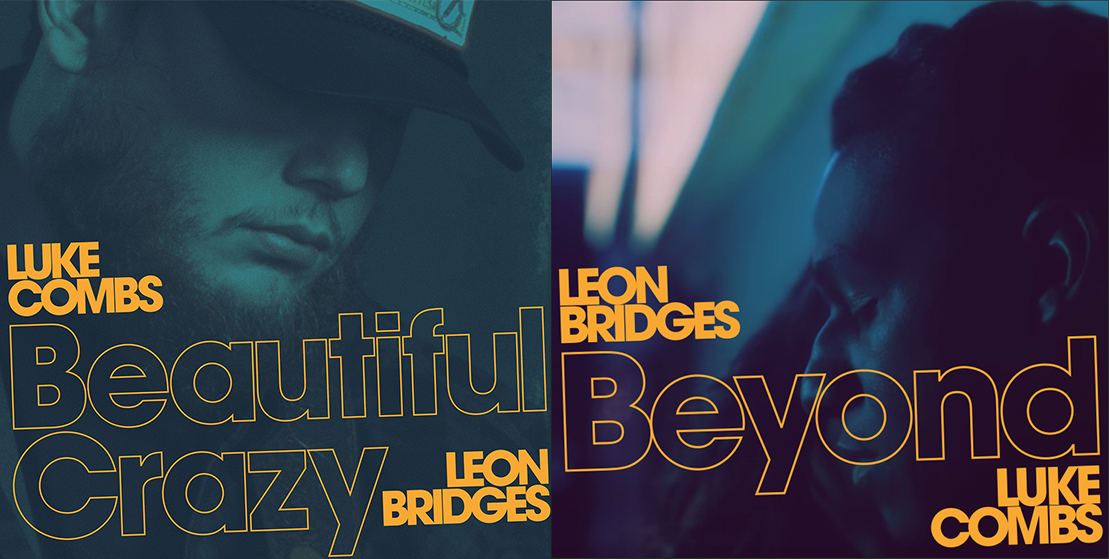 Earlier this year Leon and Luke gathered in downtown Nashville for a special outdoor “CMT Crossroads” performance in front of a live audience. In this distinctive collaboration, Combs and Bridges united from opposite ends of the musical spectrum under the umbrella of their breakout sounds, critically-acclaimed music and prolific songwriting. The show later aired on CMT on June 28 and featured chart-topping hits as well as new songs from both critically-acclaimed artists. Although the show is available for online viewing, this is the first time the audio is available for streaming and purchase.

Says Leon, “I loved working with Luke. He has a great voice, amazing songs and made me feel so welcome. I’m happy to be able to share this different version of ‘Beyond’ as Luke brought so much to it, as well as get to appear on ‘Beautiful Crazy.’ Psyched to hear them all over again!”

Luke shared, “Leon is one of those artists that is changing the game. His showmanship and connection to his songs and fans is truly awesome. Getting to sing ‘Beyond’ with him and his band was a highlight for me and ‘Beautiful Crazy’ is dynamite with him. The best part of this is now having him as a friend.”

Leon Bridges is a two-time Grammy-nominated R&B artist and songwriter from Fort Worth, TX. Bridges’ early work on the open mic circuit prompted comparisons to legends like Sam Cooke and Otis Redding, but he quickly came into his own as a Top 10, multiple Grammy-nominated, globally touring artist. His debut album, COMING HOME, debuted at No. 6 on the Billboard Top 200 and was certified Gold by the RIAA. In May 2018, Leon released his sophomore album Good Thingglobally via Columbia Records. Critics heralded Good Thing for its modern R&B sound, lush production and joyous songwriting.

Luke Combs is a multi-platinum No. 1 Country singer-songwriter from Asheville, NC. With brazen songwriting talent and grizzled, soul-infused vocals, Combs stormed onto the music landscape as one of Country’s brightest stars with the release of his critically-acclaimed, RIAA Platinum, No. 1 debut album, This One’s For You, on River House Artists/Columbia Nashville. Celebrated for its lyrical fortitude and modern traditionalist bravado, the project has spurred three consecutive No. 1 hits: “Hurricane,” “When It Rains It Pours” and “One Number Away.” Combs has since released This One’s For You Too , a 17-track expanded collection of his celebrated debut project. The road warrior recently confirmed the 2019 “Beer Never Broke My Heart Tour” — his first headline arena tour, which sold out venues in 23 out of the 28 cities in the first weekend on sale. Combs also recently earned two nominations at the 2018 CMA Awards for Male Vocalist of the Year and New Artist of the Year and, most recently, a nomination for Favorite Album—Country at the 2018 American Music Awards.