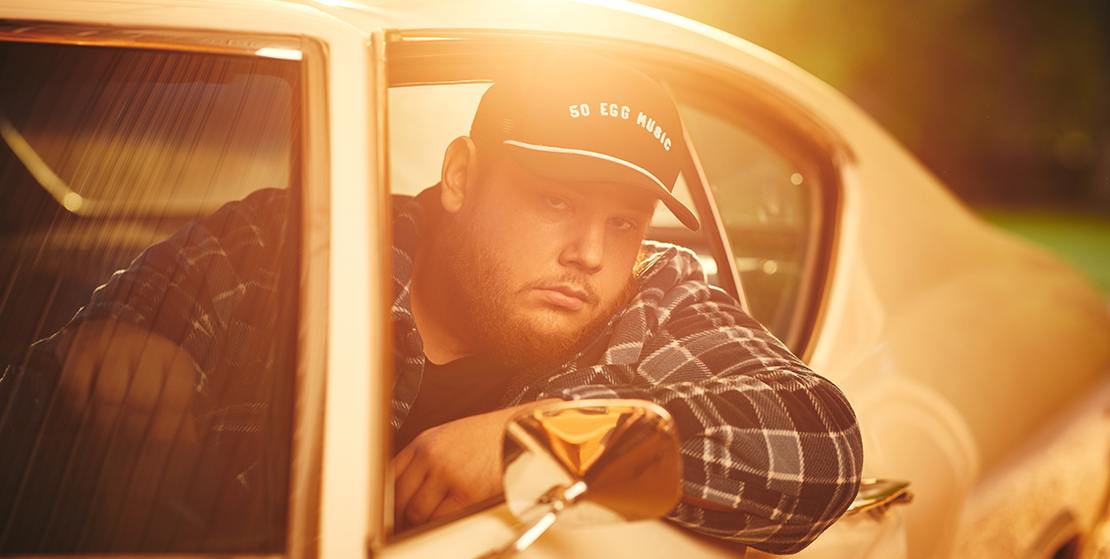 ACM, CMA and CMT Award-winning artist Luke Combs’ current single, “Does To Me” featuring Eric Church, is the No. 1 song on both the Billboard Country Airplay and Mediabase/Country Aircheck charts this week. This is Combs’ eighth-consecutive No. 1 single—a first on Billboard’s Country Airplay chart—and extends his record-breaking streak at country radio.

This achievement adds to a series of groundbreaking and historic years for Combs, who is nominated in three categories at the 55th ACM Awards: Entertainer of the Year, Male Artist of the Year and Album of the Year for his acclaimed global No. 1 record, What You See Is What You Get.

What You See Is What You Get—out now on River House Artists/Columbia Nashville (stream/purchase HERE )— debuted at No. 1 on the all-genre Billboard 200 chart as well as Billboard’s Top Country Albums chart this past November with 172,000 equivalent units sold and also enjoyed the largest streaming week ever for a country album with 74 million on-demand streams. It also achieved the biggest first week of album streams ever for a country artist on Apple Music and was the first country album ever to hit No. 1 on the platform’s U.S. overall albums chart, while also setting a new global record for first-week streams for a country album at Spotify and breaking the Amazon Music record for more first-week streams than any other country album debut. Moreover, Combs made his debut as the musical guest on NBC’s “Saturday Night Live” earlier this year with host JJ Watt performing two songs from, What You See Is What You Get: “Lovin’ On You” and “Beer Never Broke My Heart.”

Additionally, Combs recently performed his new song, “Six Feet Apart,” on ABC’s “Good Morning America.” Watch the performance HERE. Co-written by Combs, Brent Cobb and Rob Snyder as a reflection on the COVID-19 pandemic, the song was released earlier this month to critical acclaim—Entertainment Weeklypraises, “The country hitmaker makes socially distanced lemonade out of quarantine lemons with this wistful track,” while The Tennessean declares, “on track to be the first major country hit written and recorded during the pandemic—and wholly inspired by it.”

Produced by Scott Moffatt, What You See Is What You Get features 17 songs including the five tracks previously released via The Prequel EP last summer. The EP debuted at No. 1 on Billboard’s Top Country Albums chart with all five tracks charting on Billboard’s Hot Country Songs Top 25—a feat not accomplished by any artist in 60 years since Johnny Cash in 1959. Adding to his landmark year, Combs’ debut album, This One’s For You , was recently certified RIAA Triple Platinum. Since its release in 2017, the album has spent 50 non-consecutive weeks at No. 1 on Billboard’s Top Country Albums chart—tying the record for the longest reign atop the chart with Shania Twain’s Come On Over in 1997. This One’s For You was also the most-streamed country album of 2019. Moreover, several of Combs’ songs have also received new RIAA certifications: 4x Platinum “Beautiful Crazy,” 4x Platinum “When It Rains It Pours,” 2x Platinum “She Got The Best of Me” and Platinum “Must’ve Never Met You.”