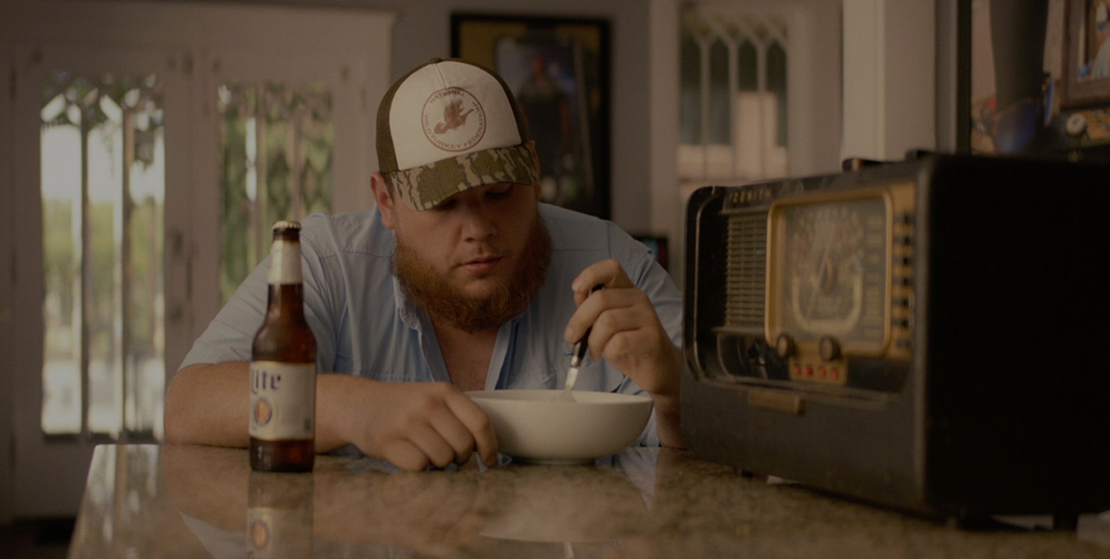 Multi-platinum  singer/songwriter Luke Combs releases his most personal video to date today for his Top 30 and climbing single  “She Got  The Best Of Me”.   Combs  takes centerstage in the video based on the true story of the journey his  songs have  carried him on – telling the story of his career from the birthplace of his music in Boone, N.C. to  miles on miles of  touring and moving to Nashville culminating in the present day  success of his Platinum debut album  This One’s For You , three  record-setting No. 1 singles, multiple award show moments and the fan growth from  rural  field parties to sold-out arena crowds.

WATCH “She Got The Best Of Me” HERE

Combs and TA Films, the team behind his first three music videos, put  intentionality  into every moment to create a scavenger  hunt for fans throughout the video of milestone moments from Combs’ story. Woven into the video narrative are nods towards Combs’ lyrics, cameos  of band members & songwriting friends,  throw backs to Boone, N.C. and  This One’s  Fori  You Too highlights.

The concept is  particularly special for “She Got The  Best Of Me” as the track has been a bubbling viral fan favorite since Combs first co-wrote and released it in 2014 on his  Can I Get  An Outlaw?   EP prior to moving to Nashville, Tenn.

Among the many special elements, highlights are :

Combs recently culminated  a week of first  where he debuted at Madison Square Garden to a sold-out crowd on the  High Noon Neon Tour  with Jason Aldean and joined Lollapalooza as the only country artist on the bill for a packed-out performance to a sea of fans. For more on Combs and to catch him on the road, visit LukeCombs.com.