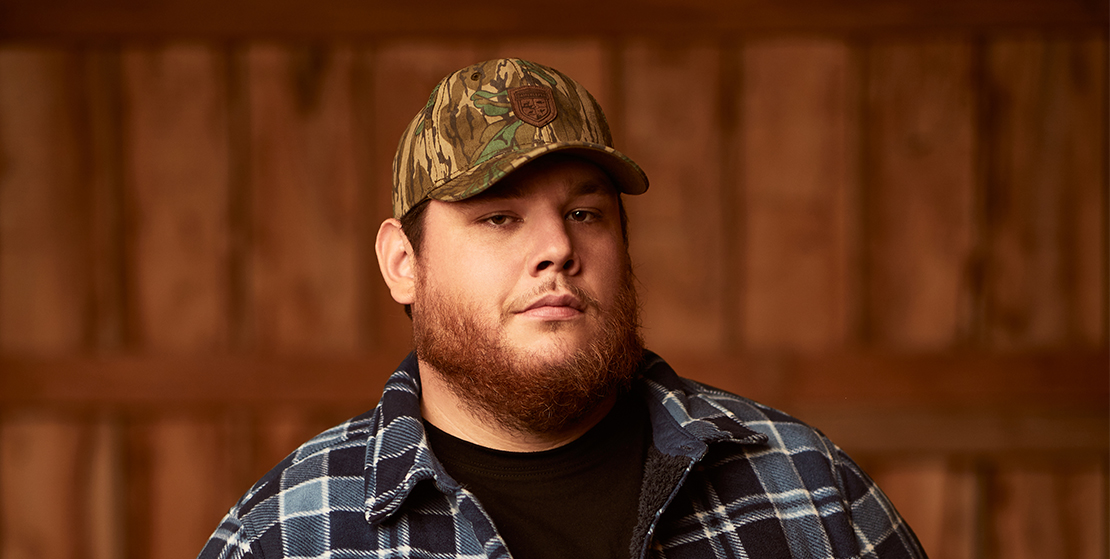 Luke Combs’ highly anticipated new album What You See Is What You Get—out November 8 via River House Artists/Columbia Nashville—is now available for pre-order. Each pre-order includes an instant download of the new track, “1, 2 Many ” featuring Brooks & Dunn, as well as the five tracks previously released as part Combs’ The Prequel EP. The album’s cover art, which is a photo that was taken by David Bergman and then painted by Nashville-based artist Rob Hendon, is also unveiled today.

The new album adds to an already monumental year for Combs, who is nominated for three awards at the 2019 CMA Awards: Male Vocalist of the Year, Song of the Year (“Beautiful Crazy”) and Musical Event of the Year (“Brand New Man” with Brooks & Dunn). The awards ceremony will be broadcast live on ABC from Nashville’s Bridgestone Arena on Wednesday, November 13 at 8:00PM ET/7:00PM CT.

Produced by Scott Moffatt, What You See Is What You Get features 17 songs including the five tracks previously released via Combs’ The Prequel EP earlier this summer. The EP debuted at No. 1 on Billboard’s Top Country Albums chart with all five tracks charting on Billboard’s Hot Country Songs Top 25—a feat not accomplished by any artist in 60 years since Johnny Cash in 1959. The release also propelled Combs to the largest streaming week ever for a country artist with 73 million on-demand streams (week ending June 13). Additionally, The Prequel’s lead single, “Beer Never Broke My Heart,” recently reached No. 1 on bothBillboard ‘s Country Airplay and Mediabase/Country Aircheck charts. This is Combs’ sixth consecutive No. 1—a first on the Billboard Country Airplay chart—and his fastest rising single to date (13 weeks).

What You See Is What You Get is the follow up to the ACM, CMA, CMT and Billboard Music Award-winning artist’s breakthrough double Platinum debut, This One’s For You, which is currently No. 1 on Billboard’s Top Country Albums chart for the 47th non-consecutive week—the longest reign ever for a male artist and second longest for an artist overall following Shania Twain’s Come On Over in 1997 (50 weeks). This One’s For You is also the most-streamed country album of 2019 so far.