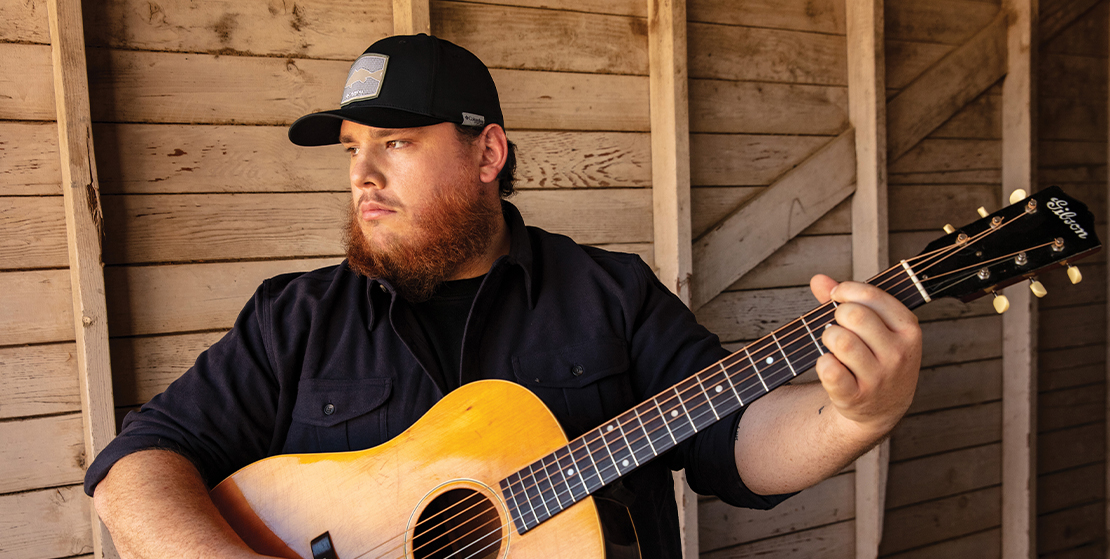 ACM, CMA and CMT Award-winning artist Luke Combs’ highly anticipated new album What You See Is What You Get is out today via River House Artists/Columbia Nashville. Stream/purchase HERE. Released to widespread critical acclaim, NPR Music’s Ann Powers praises, “He can take any classic country theme and give you just enough of a spin on it…that it becomes completely memorable…This whole album is full of country bangers.”

After recently visiting “Jimmy Kimmel Live!” for an interview and performance of his current Top 2 single, “Even Though I’m Leaving,” as well as “ 1, 2 Many ,” Combs will celebrate the release with a  performance on “Good Morning America” next Wednesday, November 13 before returning to the CMA Awards stage, where he is nominated for three awards: Male Vocalist of the Year, Song of the Year (“Beautiful Crazy”) and Musical Event of the Year (“Brand New Man” with Brooks & Dunn).

Additionally, Combs is set to headline his first ever stadium show at Appalachian State University’s Kidd Brewer Stadium in Boone, NC on May 2, 2020. The sold-out stadium show is part of Combs’ newly confirmed “What You See Is What You Get Tour.” The 2020 run continues Combs’ historic success on the road with all ten of the first concerts selling out immediately after going on-sale.

Adding to his monumental year, Combs’ double Platinum debut album This One’s For You recently spent its 50th non-consecutive week at No. 1 on Billboard’s Top Country Albums chart—tying the record for the longest reign atop the chart with Shania Twain’s Come On Over in 1997. This One’s For You is also the most-streamed country album of 2019 so far.