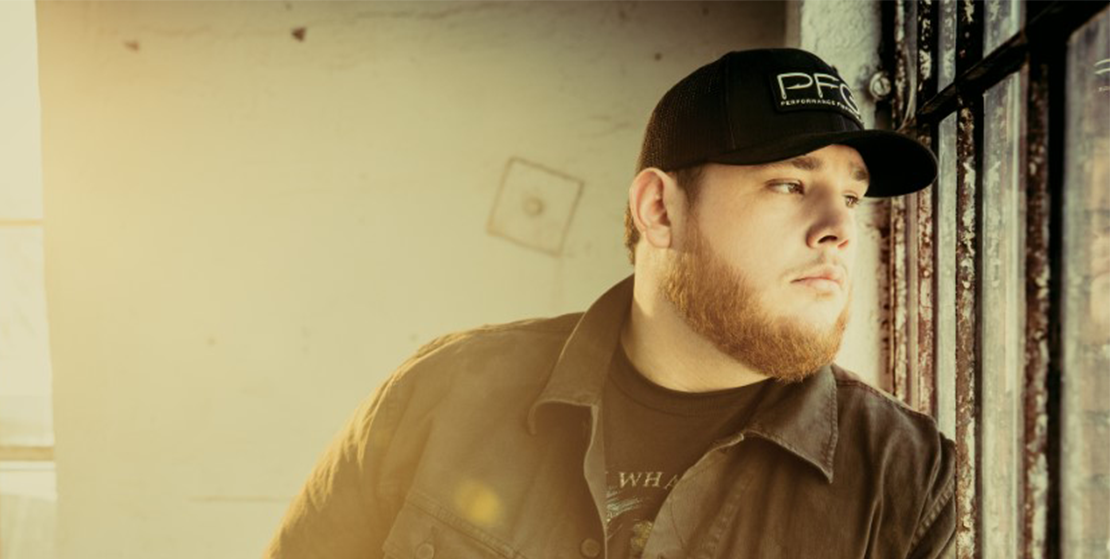 Luke Combs is the winner of New Male Artist of the Year at the 2019 ACM Awards. Combs was surprised with the news through a phone call from superstar Carrie Underwood over the weekend. Watch Combs’ reactionHERE.

In addition to this honor, Combs is also nominated for Male Artist of the Year at this year’s awards and will perform during the ceremony. The 2019 ACM Awards will broadcast live on CBS from MGM Grand’s Garden Arena in Las Vegas on Sunday, April 7 at 8:00 PM ET/7:00 PM CT.

This recognition adds to an already monumental year for Combs, whose breakthrough debut album This One’s For You is now certified RIAA double Platinum. Since it’s release June 2, 2017, the album has spent a total of 29 non-consecutive weeks at No. 1 on the Billboard Top Country Albums chart, including 16 weeks in 2018—making it the highest selling country album last year with 1.1 million equivalent album units sold and the only country album to surpass 1 million album units. It’s also the most-streamed country album of 2019 so far. Additionally, Combs was recently named Country Artist of the Year at the 2019 iHeartRadio Music Awards, New Artist of the Year at the 52nd Annual CMA Awards, was nominated for Best New Artist at the 61st GRAMMY Awards and was the recipient of a CMA Triple Play Award for writing three No. 1 songs in a 12 month period.

The success comes on the heels of Combs’ 2x Platinum single, “Beautiful Crazy,” which remains No. 1 on the Mediabase/Country Aircheck chart for the third-straight week and holds strong at No. 1 on Billboard’s Country Airplay chart for the fifth-straight week. This is his fastest rising single to date (15 weeks) and makes Combs the first artist ever to send his first five singles to the top of Billboard’s Country Airplay chart. “Beautiful Crazy” is also the first country single shipped to radio already platinum-certified since Taylor Swift’s “Red” in 2013 and has more than 301 million on-demand streams. In celebration of these milestones, Combs recently released an acoustic version of the song.  Listen/share HERE.

In continued support of the album, Combs is currently in the midst of his sold-out Beer Never Broke My Heart Tour — his first ever headline arena tour. Upcoming stops include Morrison’s Red Rocks Amphitheater, Detroit’s DTE Energy Music Theatre and Charlotte’s PNC Music Pavilion among several others. See below for complete tour details.

This One’s For You was produced by Scott Moffatt (except for “One Number Away,” which was co-produced by Sammy Mitchell and Jackie Boyz) and recorded in Nashville, TN at Gold Cassette Studios and Direct Image Recording Studio. Released earlier this summer, This One’s For You Too debuted at No. 1 on the Billboard Top Country Albums Chart and No. 4 on the Billboard 200 Chart.