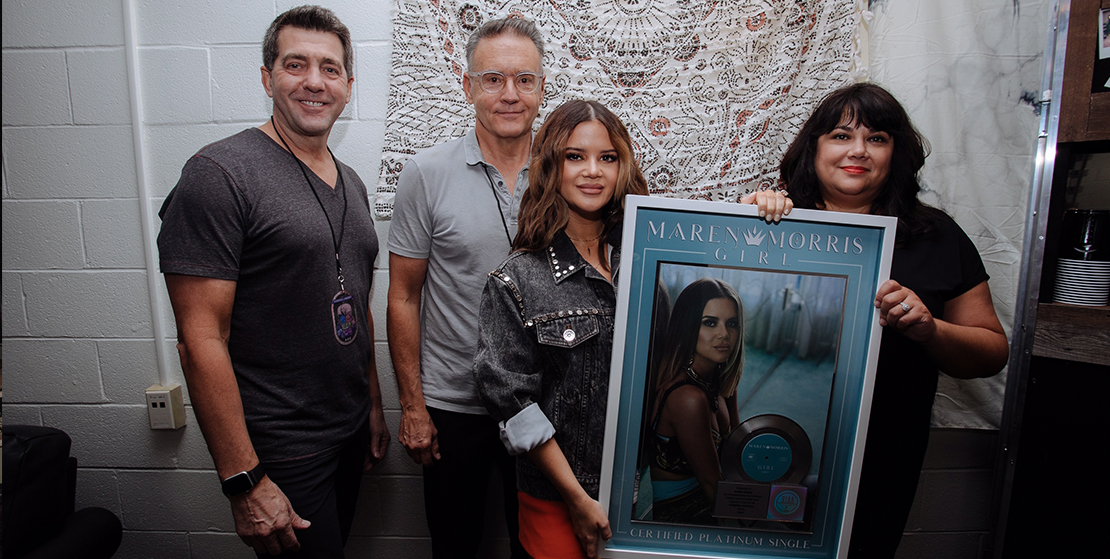 Maren Morris was surprised with an RIAA Platinum certification plaque for her No. 1 hit “GIRL” backstage following her performance at Miranda Lambert’s Roadside Bars and Pink Guitars tour stop at Smoothie King Center in New Orleans on Friday.

This Platinum hit was the lead single from Maren Morris’ sophomore album GIRL which debuted No. 1 on the Billboard Top Country Albums chart in March and broke the record for the largest streaming week ever for a studio country album by a woman. Morris is the most-nominated artist for the 2019 CMA Awards airing on ABC on November 13.