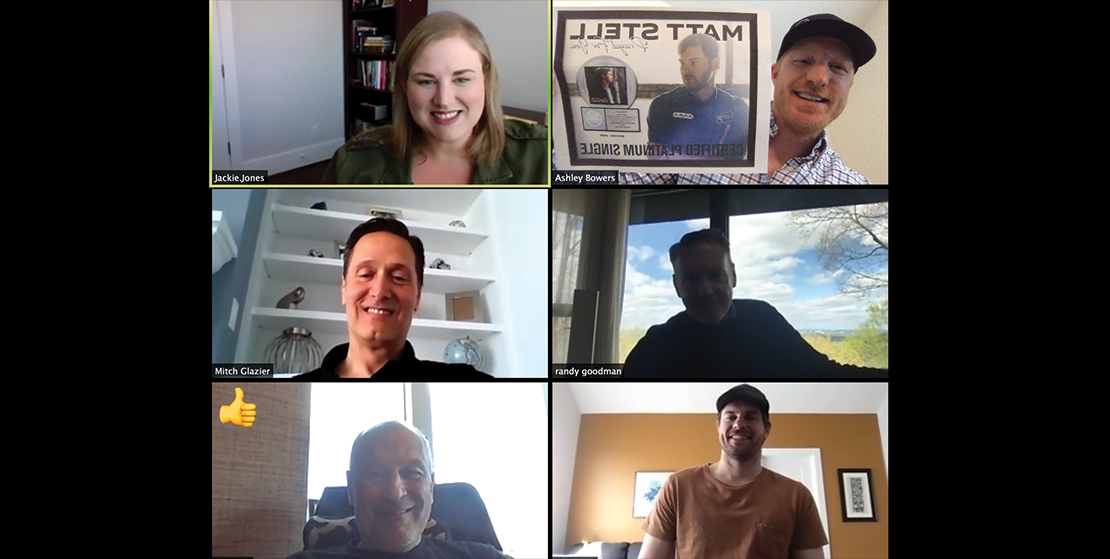 RECORDS/Arista Nashville breakthrough entertainer Matt Stell thought he was being “fooled” yesterday when he joined a Zoom video call with Ash Bowers (Wide Open Music), Barry Weiss (RECORDS), Randy Goodman (Sony Music Nashville), Mitch Glazier (RIAA), and Jackie Jones (RIAA).  The group surprised Stell with a virtual platinum song plaque, the first of its kind, celebrating his “career-changing” (Music Row) multi-week No. 1 smash and the only Billboard chart-topper by a debut artist in 2019, “ Prayed For You,” hitting the one million unit milestone. As one of only 30 RIAA platinum-certified country songs in the last two years, “Prayed For You,” written by Stell with Ash Bowers and Allison Veltz Cruz, joins an elite group. Watch the surprise moment and Stell’s reaction here.

Stell’s epic new single, “Everywhere But On,” was co-written by Stell, along with Paul Sikes and Lance Miller and is currently Top 40 on the country radio charts and climbing. The track is featured on Stell’s Everywhere But On EP, which also includes a collaboration with Jimmie Allen, “Home In A Hometown,” and Stell’s cover of the Ariana Grande hit “God Is a woman.”

In addition, Stell hosts a WEEKLY livestream music series – PENNED UP – on Instagram @MattStellMusic. In response to the global pandemic impacting in person shows, Stell, Lindsay Ell and Jameson Rodgers take to Instagram every Wednesday at 8PM CT to each perform a new song written solo that week, with Jimmie Allen joining as special guest on April 1.  View his weekly PENNED UP series HERE .  Stell’s first headlining run, MATT STELL EVERYWHERE BUT ON TOUR, will play the remaining shows later this year while Matt will hit the road on select dates this fall with Toby Keith and as part of Rascal Flatts: Farewell Life Is A Highway Tour. Check out mattstell.com for latest dates and information.