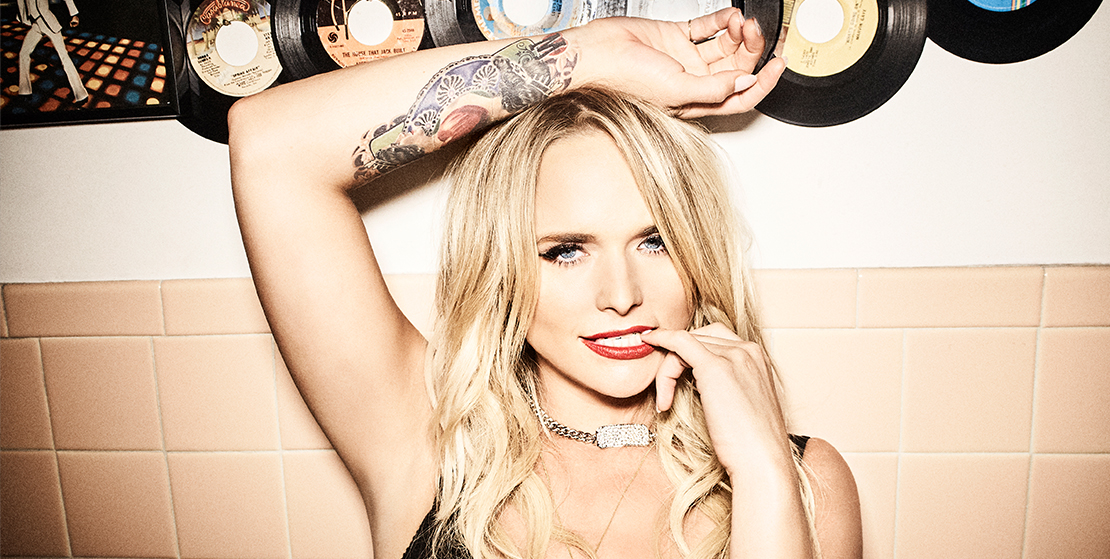 Miranda Lambert is nominated for Best Country Song at this year’s 62nd Annual GRAMMY Awards, earning a nod for her Top 15 hit “It All Comes Out in the Wash,” which she co-wrote with The Love Junkies (Hillary Lindsey, Lori McKenna, Liz Rose). Meanwhile, Pistol Annies – the superstar trio comprised of Lambert, Ashley Monroe, and Angaleena Presley – earns a Best Country Album nomination for their third studio LP Interstate Gospel.
“It All Comes Out in the Wash” is the lead single from Lambert’s critically-acclaimed, No. 1 album Wildcard, which was released Nov. 1. The nod for the “cute-as-hell country bop” (NPR) marks Lambert’s fourth nomination in the category.

Interstate Gospel arrived in 2018 to rave reviews and was included in “Year’s Best” lists by Esquire, Uproxx, Vulture, Entertainment Weekly, The Ringer, NPR Music, Billboard, and more. Lambert previously won Best Country Album in 2014 for Platinum. The Pistol Annies have been special guests on Lambert’s “Roadside Bars and Pink Guitars” tour throughout the fall. The all-female trek wraps this weekend with shows in Jacksonville, FL, Duluth, GA, and Greensboro, NC.

The most decorated artist in the history of the Academy of Country Music, Lambert is the recipient of more than 70 prestigious awards and special honors: 34 ACM Awards (including 9 ACM Female Vocalist of the Year Awards), 13 CMA Awards (Country Music Association), 2 GRAMMY Awards, the Harmony Award (Nashville Symphony), Artist in Residence (Country Music Hall of Fame), the ACM Gene Weed Milestone Award, ACM Song of the Decade Award, and recently was named 2019 RIAA’s Artist of the Year.

The celebrated singer/songwriter has released six studio albums that all debuted at No. 1 on the Billboard Top Country Album Charts, including the critically acclaimed double record The Weight of These Wings (2016),Platinum (2014), Four The Record (2011), Revolution (2009), Crazy Ex-Girlfriend (2007) and Kerosene (2005). In addition, she released three albums with her trio, the Pistol Annies.

Her clothing and cowboy boot collection, Idyllwind, is a private-label brand sold at all Boot Barn stores nationwide.www.idyllwind.com

Miranda’s MuttNation Foundation, a 501c3 nonprofit, is celebrating its 10th Anniversary. Since its inception in 2009, MuttNation has raised over $3.9 million in support of its mission to promote the adoption of rescue pets, support animal shelters across the country, advance spay & neuter, and assist with the transport of animals during times of natural disaster. www.muttnation.com

About Pistol Annies: Combining the talents of acclaimed country forces of Miranda Lambert (Lone Star Annie), Ashley Monroe (Hippie Annie) and Angaleena Presley (Holler Annie), Pistol Annies deliver a high-spirited take on life the way real people live it. Songwriters/vocalists, the Annie collective allows the women the freedom to explore the genre (roots music) beyond their individual careers celebrating friendship, the rough patches and girl power. Having recorded with both the Chieftains and Jewel, their music has also been featured on The Hunger Games: Songs from District 12 and Beyond. They have released three albums, 2011’s gold-certified Hell on Heels, which produced the platinum single “Hell On Heels,” 2013’s Annie Up and 2018’s GRAMMY-nominated Interstate Gospel.