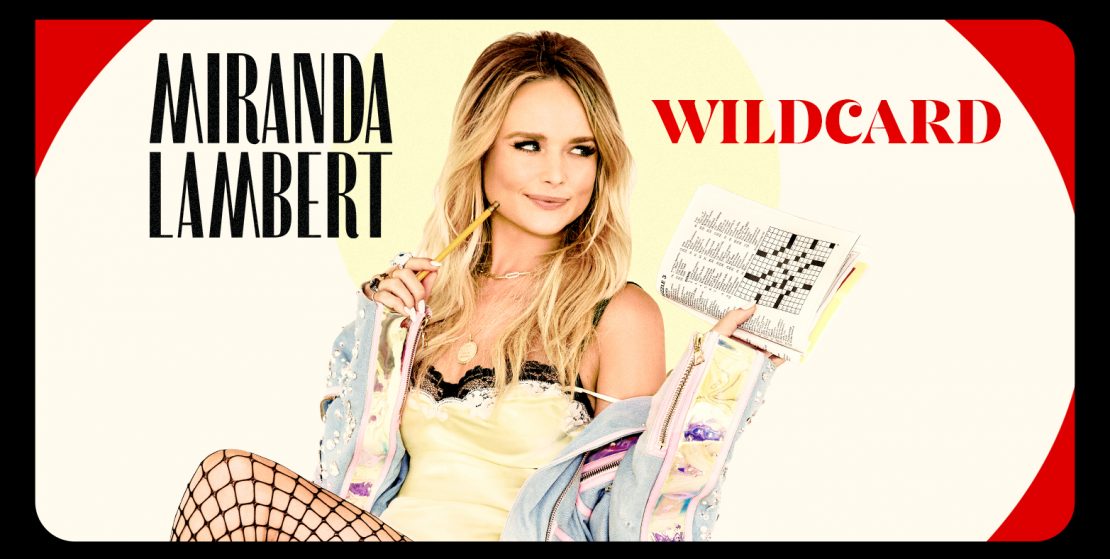 Lambert performed the album’s Top 15 lead single “It All Comes Out in the Wash” Wednesday night on CBS’ “The Late Show with Stephen Colbert.” Watch here. Last night, she brought down the house at NBC’s “Late Night with Seth Meyers” performing “Mess With My Head” and “ Bluebird.” This morning, Lambert welcomed the new album on NBC’s “TODAY” with “It All Comes Out in the Wash” and “Bluebird ” on ABC’s “The View.” Sunday (11/3), she’ll discuss the album making process with NBC’s “Sunday TODAY” host Willie Geist on the Sunday Sitdown.

Critics are raving about Wildcard:

“Listening to Wildcard…you’ll laugh, you’ll cry, you’ll wake up from a blackout-drunk evening next to your two best girlfriends and a freshly dug grave that none of you will speak of again. In short: It rocks.” –Entertainment Weekly

“Rife with the honest, introspective and relatable lyrics for which Lambert is known” – Tennessean

“She specializes in the kind of country music that doesn’t fade in the background, thanks to her meaty songwriting, her ear for the genre’s most interesting sounds — and of course, her clear, penetrating, impossible-to-replicate voice.” – Billboard

“…while her writing still explores the dark corners of heartbreak and hangovers, she approaches those topics with bright, self-effacing humor and countrified cheek.” – Rolling Stone

“She’s been a consistent ray of light — a huge star who writes and sings tough and funny and thoughtful songs.” – Stereogum

“The queen of modern country” – Uproxx

“With the new project, Lambert relishes in showcasing a fuller range of her abilities, moving effortlessly from the swampy ‘White Trash,’ the uplifting country zinger ‘It All Comes Out In The Wash,’ the Texas-born strains of ‘Tequila Does,’ to the transparent portrayal of a hardcore romantic with a checkered past on the breezy ‘Track Record.’” – MusicRow

Tonight, Lambert will perform an intimate Wildcard set and chat with iHeartRadio’s Brooke Taylor during the “iHeartCountry Album Release Party with Miranda Lambert” at the iHeartRadio Theater in New York City. Fans can tune into a radio broadcast on iHeartMedia’s Mainstream Country radio stations and a 30-minute video stream on iHeartRadio.com/MirandaLambert on Nov. 6 at 7:00 p.m. local time.