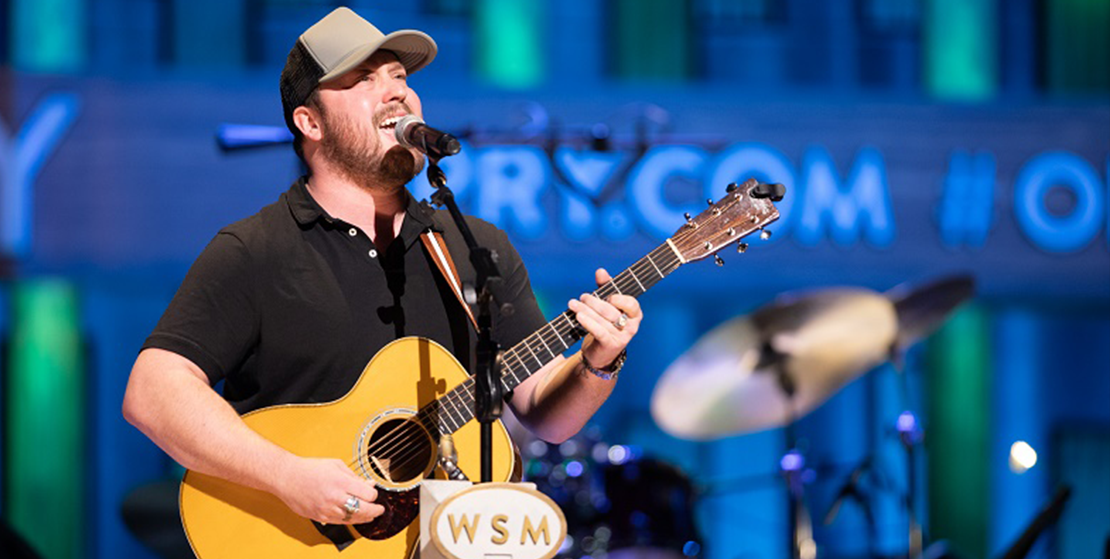 Saturday evening, breakthrough country artist Mitchell Tenpenny took the stage of the Grand Ole Opry for the first time. Reflecting on his debut on Country’s most famous stage, Tenpenny remarks, “There’s a reason you dream. It’s to inspire and let you live out the ‘impossible.’ I can’t express the feeling of stepping into the circle. It’s something you can’t even relive unless you get to do it again.” He continues, “I just look at this picture and think about picking up a guitar at 12 years old. I see my team that has worked their ass off to let me experience this moment. And I see friends and family that let me keep having this dream until the ‘impossible’ happened. God is good!”

Introduced by Opry member Steve Wariner, the Riser House/Columbia Nashville recording artist kicked-off his performance with his Platinum-certified hit, “Drunk Me.” Tenpenny ended his Opry set with the song “Walk Like Him,” which he dedicated to his father Mitch Tenpenny and grandmother Donna Hilley. Mitchell’s father, who passed away four years ago to a battle with cancer, was the subject of the song. Hilley, who passed away six years ago, was the CEO of Sony/ATV Music Publishing, who Tenpenny acknowledged worked her way from receptionist to the top executive post and was a major influence on him as well as many others in the music industry.

This past weekend, Mitchell Tenpenny’s “Drunk Me” music video reached the top slot of CMT’s Hot Twenty Countdown. The clip was directed by Justin Nolan Key and produced by Ben Skipworth. In addition to reaching No. 1 on CMT’s weekly video chart, “Drunk Me” topped the Mediabase/Country Aircheck airplay chart as well as Nielsen’s Country On-Demand Audio Stream Chart.

Tenpenny’s new single, “Alcohol You Later,” continues its rapid accumulation of radio adds this week. The song, which was written by Tenpenny, Michael Lotten and Sam Sumser, who also produced the track, garnered 43 first-week stations on impact the week prior.

Featuring “Drunk Me” and “Alcohol You Later,” Mitchell Tenpenny’s Telling All My Secrets album released December 14 and earned the best country first-week showing for a major label debut album of 2018, amassing 20,000 units. The 11-song project is available to download and stream HERE.

Named by The New York Times as one of the Best Songs of the Year (all genres), “Drunk Me,” has accumulated nearly 200 million streams, and has made multiple Amazon Music “Most Played” and “Best Of” year-end lists. The smash track, which remains a streaming chart Top 5, fueled a breakout year for the entertainer. Tenpenny was the only country up-and-comer included in Pandora’s 2019 Artists to Watch list, and was also dubbed one of  MusicRow‘s Next Big Thing honorees and The Tennessean‘s Next Nashville Stars for 2019.

On Feb. 1, Tenpenny concluded his “Telling All My Secrets Album Release Tour” which took the celebration of his album release to his long-supportive fans cross-country. He will join Old Dominion’s “Make It Sweet Tour” from Feb. 27 through April 27 as a special guest.