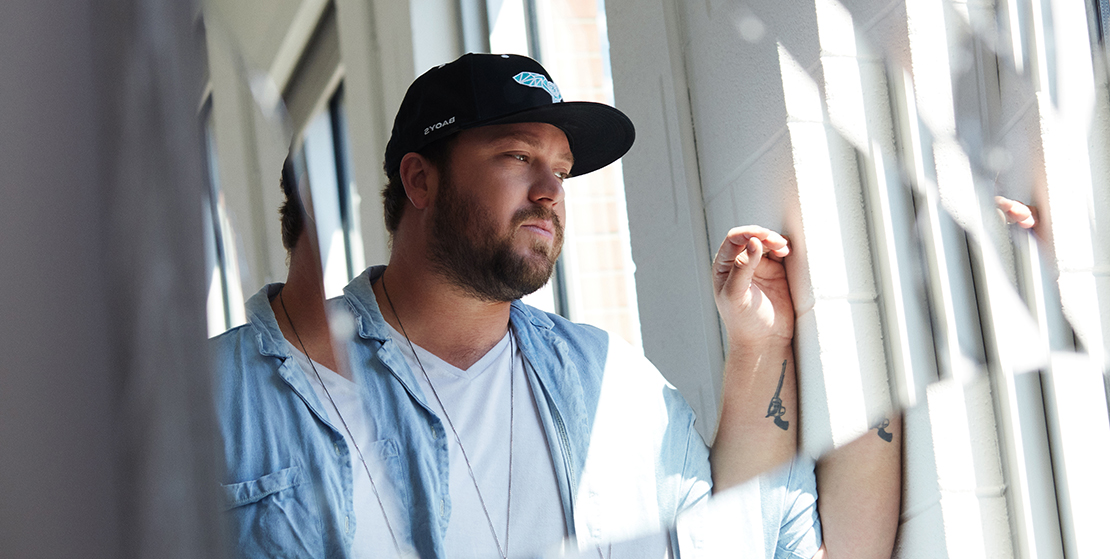 “We wrote it about a year ago at Kyle Fishman’s studio downtown,” Mitchell says of “Broken Up.” “I loved the idea of taking responsibility for a breakup, because most end badly with both sides blaming each other.

Since the beginning of the at-home era, Mitchell has kept an active schedule, writing new songs to release and perform during his weekly #TenpennyTuesdays LIVE Q&A sessions on Instagram and Facebook. “Broken Up” follows his heartfelt cover of Lewis Capaldi’s No. 1 hit, “Someone You Loved,” and his latest original song, “HERE.”  During one of Mitchell’s weekly livestreams, a member of his fan club, the Night Owls, presented him with an RIAA Gold certification plaque for “Alcohol You Later.” In April and May, he took part in the “There’s Comfort in Giving” program with  Cracker Barrel Old Country Store ®, Sony Music Nashville, and other artists to help donate meals to healthcare professionals in the HCA Healthcare system and partnered with his record label again in a livestream series #SingForStJude to support St. Jude’s mission of families never receiving a bill for treatment, travel, housing or food while a child is being treated. Shortly before the pandemic, just after Nashville was struck by a devastating tornado in early March, Mitchell and many of his artist friends performed a live concert at Whiskey Row to help impacted families and raised $74,000 for Hands On Nashville.

Go to www.mitchell10penny.com for more details.