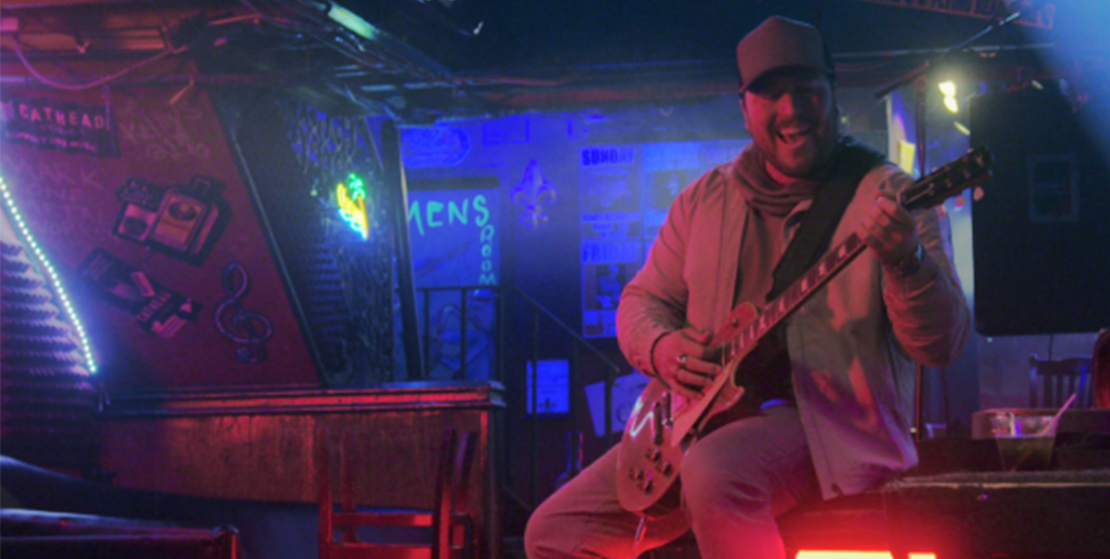 Riser House/Columbia Nashville breakout recording artist Mitchell Tenpenny continues to push limits and bust creative boundaries with the release of his visually compelling music video for “Alcohol You Later.” Tenpenny chatted with his fans on YouTube before the premiere of his new video.

Intricate and multi-layered, Tenpenny is seen morphing in and out of several settings in the video, where one image overlaps another and then another creating this woozy trip through a couple falling in and out of touch. Directed by TK McKamy, see the “Alcohol You Later” music video HERE.

The single, which was released to country radio on Feb. 11, was written by Tenpenny, Michael Lotten, and Sam Sumer, who also produced the track. “Alcohol You Later” is the followup to Tenpenny’s powerhouse, Platinum No. 1 airplay and streaming hit, “Drunk Me.” Both songs are available on Tenpenny’s Telling All My Secrets album, which was released Dec. 14 and earned the best country first-week showing for a major label debut in 2018. The 11-song project is available to download and stream HERE.

Named by The New York Times as one of the Best Songs of the Year (all genres), “Drunk Me,” which topped Nielsen’s Country On-Demand Audio Stream Chart the first week of 2019 and has accumulated over 180 million streams, made multiple Amazon Music “Most Played” and “Best Of” year-end lists.

The smash track, which remains a streaming chart Top 5, fueled a breakout year the entertainer. He  recently made his network TV debut on NBC’s “Today” and ABC’s “Jimmy Kimmel Live!.” He received his first ACM Awards nomination for New Male Artist of the Year and he made his debut on the Grand Ole Opry. He is the only country up-and-comer included in Pandora’s 2019 Artists to Watch list, and was also dubbed one of Music Row‘s  Next Big Thing honorees and The Tennessean‘s Next Nashville Stars for 2019.

Tenpenny is currently on the road with Old Dominion’s “Make It Sweet Tour” through April 27 as a special guest. For more information, visitwww.mitchell10penny.com.