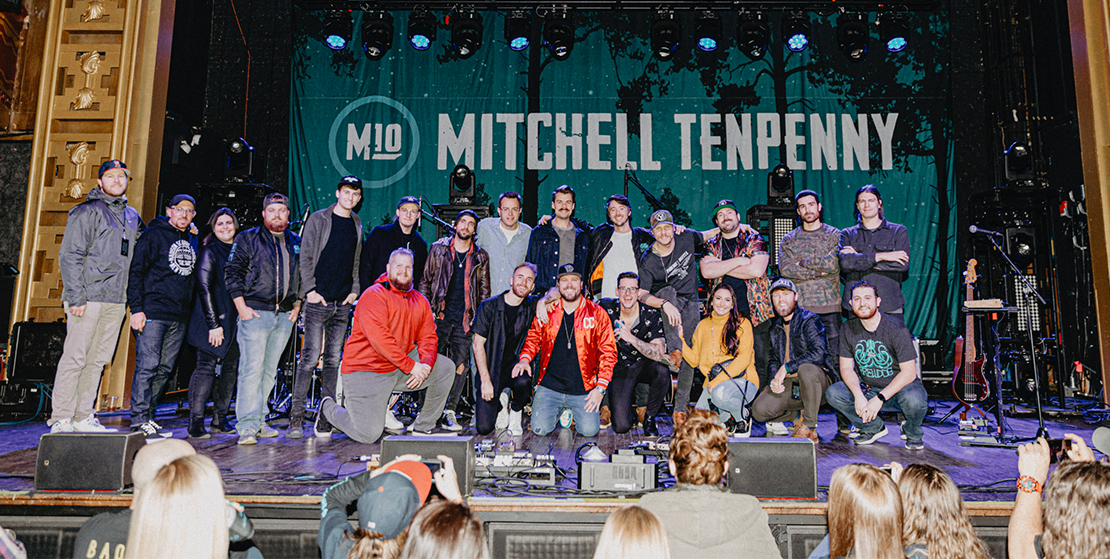 Mitchell Tenpenny wrapped his headlining ANYTHING SHE SAYS TOUR in New York City’s Webster Hall last night in front of a sold-out crowd. The tour launched this fall playing 14-cities across the U.S. with additional sold out dates in Anaheim, Detroit, and his hometown Nashville, where he was presented with a Double-Platinum plaque for his No. 1 debut single “Drunk Me.”