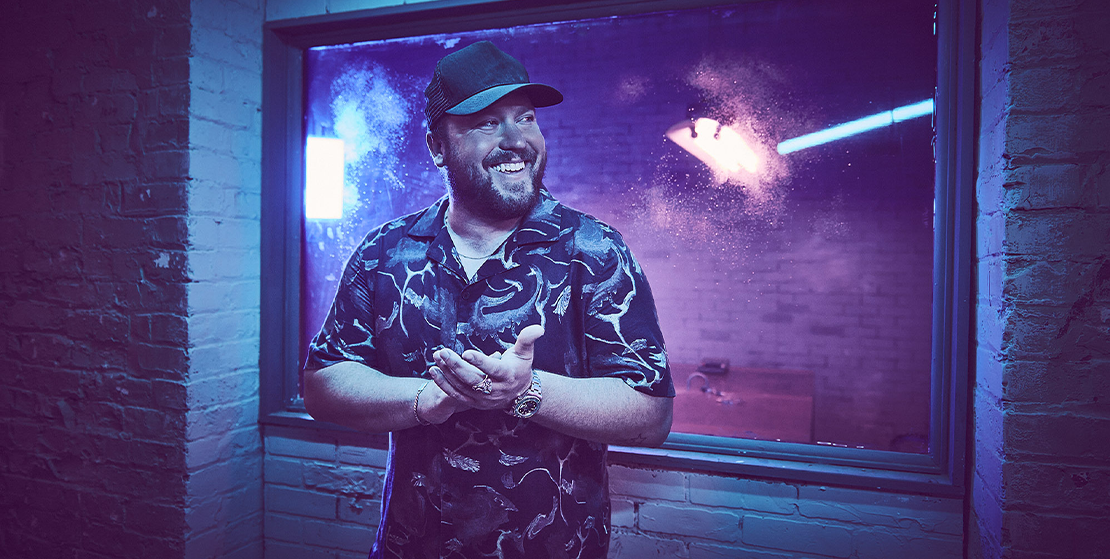 Mitchell spoke with Holler Country about his emphasis on writing for this album. “I’m a songwriter first…I always want the songs I’m cutting to be the songs I wrote,” he said. “That’s really the only way for me to make you believe what I’m saying and allows me to say whatever I want. I have no limits when I’m writing for myself, and I love that challenge and that freedom.”

See what press is saying about This is the Heavy so far:

“Mitchell Tenpenny blazes his own trail on new 20-track album. A charming facet to Tenpenny’s music that has been ever-present since the beginning is his references to Nashville. Between him singing about a house party off of Franklin Pike on ‘More Than Whiskey Does’ and his many mentions of bars in midtown, the songwriter is intentional with including details about his hometown.” – Music Row

“This collection has the makings to take Tenpenny to new heights. It’s adventurous enough to draw new fans in and is authentically Tenpenny enough for his existing following. Whether he’s singing about not wanting to see an ex, drinking through a heartache, or being lost in memories, he is able to tell the descriptive stories he wants to.” – Nash News

“Ask anyone in Nashville who the best five singers in town are and I’ll bet you any amount of the money that the name that comes up amongst the most will be Mitchell Tenpenny.” – Entertainment Focus

Next Wednesday, September 21 Mitchell will play the Grand Ole Opry and his performance will be filmed for a future “Opry Live” show on the Circle Network. Airdate to be announced soon.

Mitchell also made chart history this week with his #1 single “Truth About You.” The gold-selling song’s top of the chart success is the shortest span between #1 songs in the modern chart era with just three weeks since his last chart topper. On August 22, Tenpenny’s co-penned collaboration with labelmate Chris Young, “At The End Of A Bar,” reached #1.

In January 2023, Mitchell will headline “This Is The Heavy Tour” in promotion of his new release. The tour will kick off in Salt Lake City, Utah on January 26 at The Union Event Center. Warner Music Nashville’s Tyler Braden will open. Ticket and VIP package on now, go to mitchell10penny.com for more information. The routing also includes back-to-back concerts at the Ryman Auditorium in Nashville on February 3 & 4. Mitchell, a Nashville native, sold-out his first-ever headline concert there in the fall of 2021 and deemed it as ‘a childhood dream come true.”