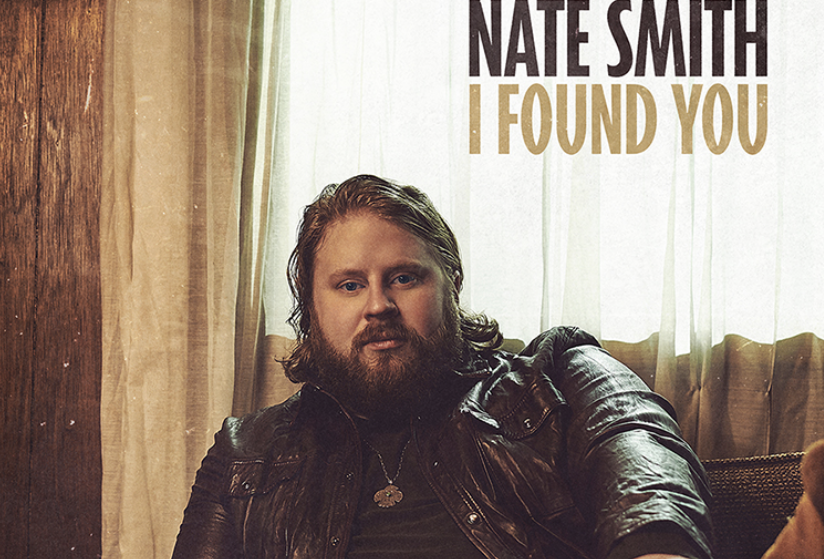 Arista Nashville/Sony Music Nashville breakout star Nate Smith released his highly anticipated new song today, “I Found You.” Written by Nate alongside Chris Gelbuda and Kyle Schlienger, the song was first introduced to Nate’s fanbase on his social media earlier this year and has since created incredible demand from his followers. Listen here.

“‘I Found You’ is a song about timing and redemption. There’s nothing more affirming to a heart then when someone sees you with all your faults and still chooses you, and that’s what this song is about,” Nate said. “I really believe in my heart that everything happens for a reason, and when it’s right, it’s right. I really hope people connect to it in a special and personal way!”

“I Found You” is the follow up to Nate’s current single “Whiskey On You.” Upon the songs release, Nate re-entered Billboard’s Emerging Artists chart at No. 1, becoming the top emerging act in the U.S. for the first time. Lauded as the “breakup song of the summer” by Country Now and “an enormously satisfying country kiss-off anthem” by Stereogum, “Whiskey On You” amassed over 7.5 million total global on-demand streams in its first week, reaching No. 10 on the Country On-Demand Streaming Chart. The track also debuted at No. 84 on the Billboard Hot 100 and No. 14 on the Hot Country Songs chart, marking Smith’s first career entry on the chart.

“Whiskey On You” is currently Top 25 and climbing on the country radio charts and recently hit No. 1 on SiriusXM The Highway’s Hot 30 Countdown. The track has amassed over 90 million total on-demand streams to date.

Nate will round out the rest of the year completing his headline WHISKEY ON YOU TOUR and opening select dates for Larry Fleet’s ONE FOR THE ROAD TOUR. For dates and tickets, visit NateSmithOfficial.com.