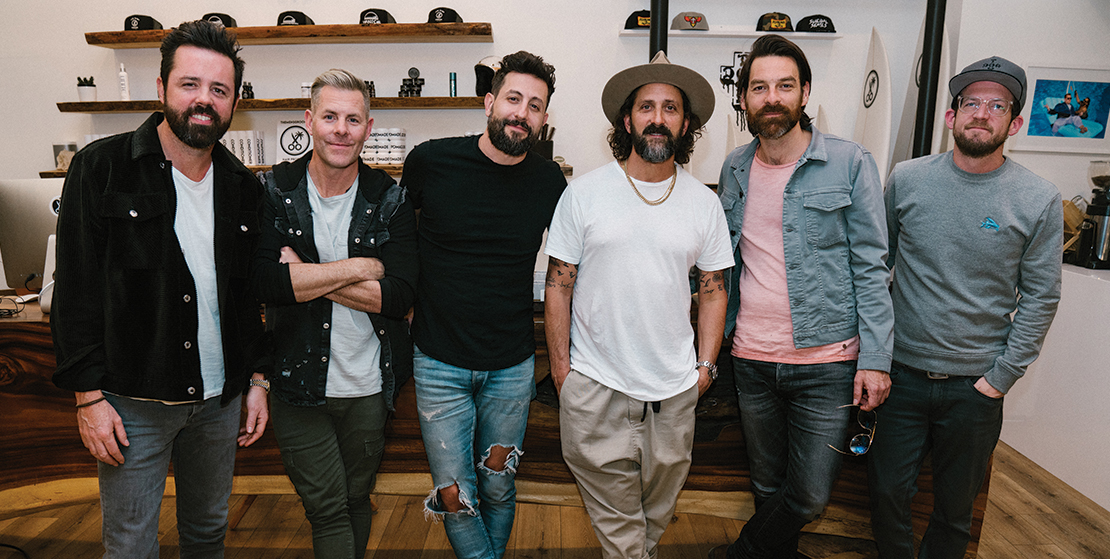 Acclaimed 2-time CMA Vocal Group of the Year and 2-time ACM Group of the Year Old Dominion reveal mini-documentary behind their moving music video for single “Some People Do.” The documentary goes deeper into celebrity men’s groomer, Jason Schneidman’s story, who the music video was inspired by, as well as shows the band on the ground with him in Los Angeles. Click HERE to watch.

Jason Schneidman, who also works with Old Dominion, was previously homeless and, after overcoming drug addiction, turned his life around. In his spare time, he helps out the homeless of LA, providing haircuts as a means to connect with those who may be battling addiction issues, and funds scholarships to rehab centers. Back in early February 2020, the band joined him on the to help out. The visuals, directed by Mason Allen, show the effect that if we all do a little, we can help out a lot.

Jason Schneidman’s Men’s Groomer Foundation is inspired by more than just a calling but the ability to help people get off the street and back on their feet. A haircut can change a person’s appearance, instill confidence and allow someone to reach for opportunities when they thought life had passed them by. The foundation seeks to help give second chances and helping anyone out who is willing to do the work. The foundation is working with rehabs in California providing funding through the sales of Schneidman’s products. For more information go to: https://themensgroomer.com/pages/the-mission

“Some People Do” is Old Dominion’s newest single with currently over 26.2  million streams. The song is the latest track off Old Dominion’s self-titled third studio album, which was released in the fall of 2019. Old Dominion’s most recent single, “One Man Band” went to No. 1 and was certified platinum by the RIAA. With over 319 million streams, “One Man Band” marked the band’s 8th consecutive No. 1 and biggest song to date. Most recently, the band notably received eight ACM nominations, as well also Platinum and Gold certifications for 5 of their other hit songs: “Written in the Sand” (2x Platinum), “Break Up With Him” (2x Platinum), “Hotel Key” (Platinum), “Make It Sweet” (Gold) and “Nowhere Fast” (Gold).