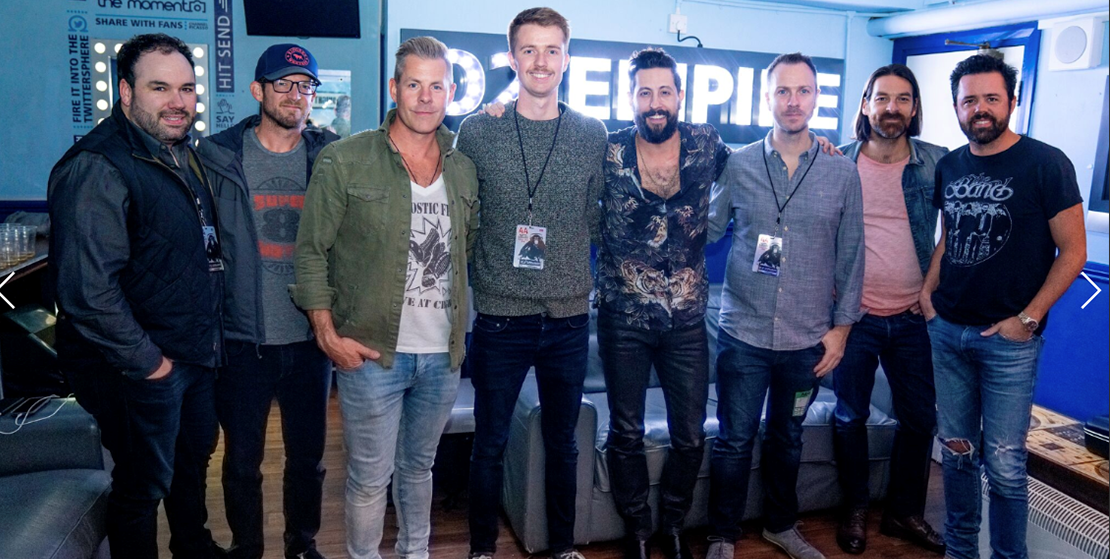 Simon Jones (AEG Presents SVP of Live Music, International) said of the European dates: “To see how much Old Dominion have grown as a band since their first time at C2C and a small Hoxton Bar & Kitchen show in London through to their recent sell out U.K. run has been amazing to watch. They are consummate performers, and we’re looking forward to seeing their international business grow and grow.”

Chris York (Producer C2C Festival/ SJM Concerts) added: “Building on their fantastic shows at C2C it was a delight to see Old Dominion build their U.K. audience on this run. Big stars in the making. Great sold out run and a wonderful show in London last night. We look forward to bringing [Old Dominion] back soon.”

Cathy Wilson (Aiken Promotions) on the Ireland dates said: “Aiken Promotions were delighted to recently have Old Dominion here in Ireland for their first-ever headline shows, which were sold out in advance. Brilliant songs with those instant sing-along hooks that Irish audiences love so much, all performed by a Band that are just amazing live. We can’t wait to see them back in Ireland soon.”

Nate Ritches, speaking on the bands multiple European runs, said: “It’s been an exciting build over the past three trips across the pond, AEG leading the way partnering with independent promoters SJM, Aiken, and more as we continue to build and break into other countries. Starting with C2C side stages three years ago, followed by direct support with Thomas Rhett and a return to the C2C circuit playing the main stage this past spring, the strategic timing and opportunity could not have aligned better in set up of our hard ticket build. The band understands and supports what it takes to build in the European marketplace, dedicating the time, with arenas in the foreseeable plan.  A 2019 early fall run has already been confirmed for their fourth trip, followed by late spring of 2020.  It’s exciting to have an act that is resonating so well and helping break the country stereotype within the European country fan base, as the genre grows overall across the continent.”

Old Dominion recently released their new single “Make It Sweet” and announced their 2019 headlining arena tour of the same name. Get the song HEREand click HERE for tickets. The track marked the group’s first new original release since the arrival of the chart-topping Happy Endings in Summer 2017.

The upbeat “Make It Sweet” unlocks the next chapter of Old Dominion. Rustling acoustic guitars and pedal steel bristle up against heartfelt verses before the hashtag-worthy handclap-driven refrain — “Life is short, make it sweet” — takes flight. The song culminates on a rafter-reaching guitar solo and show-stopping vocal performance. They also uncovered the cinematic music video for the song (HERE) and recently performed the single on The Ellen DeGeneres Show (HERE).