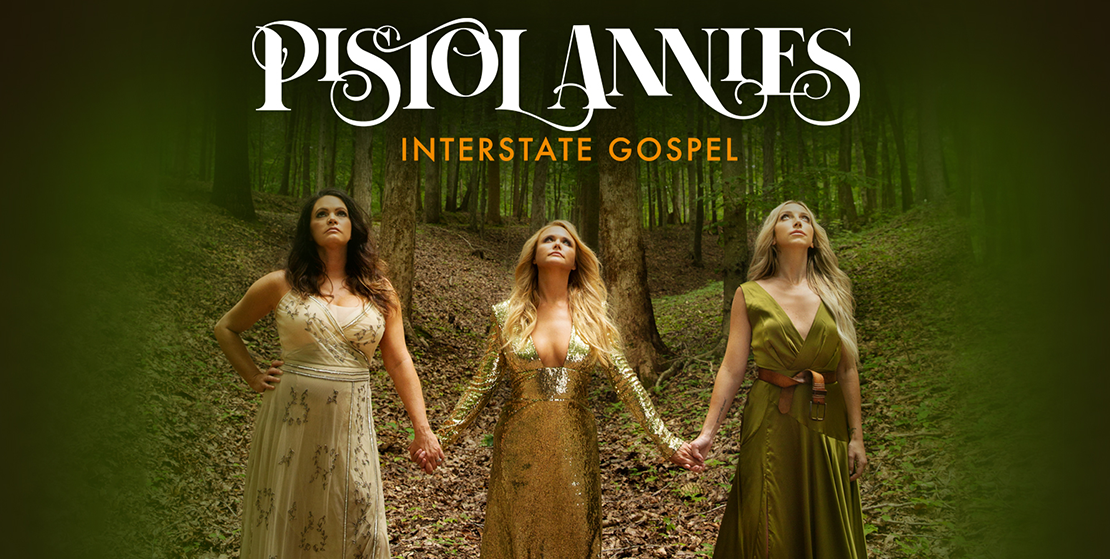 Penned by the group’s Miranda Lambert, Ashley Monroe, and Angaleena Presley, “Stop Drop and Roll One” came after a particularly fruitful night of songwriting. “We’d just finished a song out at the farm, and Miranda said, ‘Girls, we’re on fire I think…,” and then she said, ‘So stop, drop and roll one!’” explained Monroe.

The upcoming 14-track album showcases the group’s stunning harmonies. Moving from celebratory anthems, classic country storytelling and vibey swagger, the Grammy-nominated trio are back and sounding Annie-er than ever.

Fans who pre-order the album at any digital retailer will instantly receive “Stop Drop and Roll One,” as well as previously-released songs including “more irreverent than earnest” (NPR) “Interstate Gospel”; “simultaneously funny and crushingly sad” (Rolling Stone) “Best Years of My Life”; and “ecstatic post-divorce declaration of independence” (People) “Got My Name Changed Back.” All four records are also available on all streaming platforms.

Pistol Annies will play Nashville’s historic Ryman Auditorium on Oct. 25 and NYC’s intimate venue The Town Hall on Nov. 2, both of which sold out in minutes. The trio will round out the their album release shows at LA’s breakout downtown concert hall The Novo on Nov. 7. These shows are the Annies’ way of inviting their fans into their living room to hang, talk, laugh and commiserate about real life while singing their own kind of country music. They will also perform at the 2018 CMT Artists of the Year ceremony on Oct. 17.