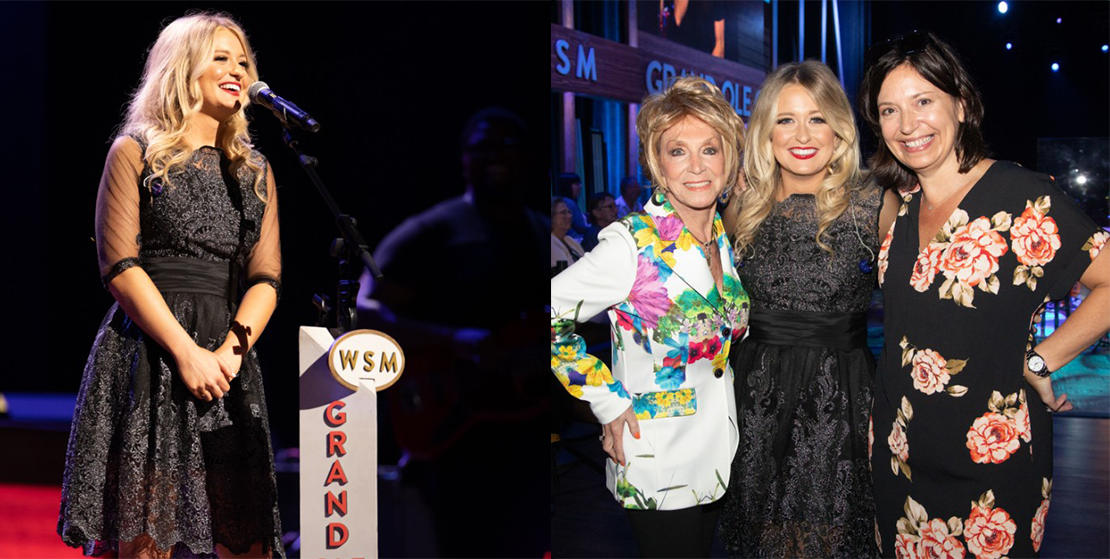 RCA Records Nashville noteworthy new artist Rachel Wammack commanded the Grand Ole Opry stage during her debut performance Saturday (9/15), receiving a standing ovation from the enraptured crowd. Wammack introduced the audience to her autobiographical debut single “Damage,” which she co-wrote with award-winning songwriters Tom Douglas and David Hodges, and recounts her real-life experiences working as a bartender. She also performed a vulnerable rendition of “Closure.” Both tracks are available on her self-titled EP that showcases “a strong woman who knows how to tap into her emotions and create something authentic,” (Taste of Country).

“The Grand Ole Opry gave me the opportunity of a lifetime and I’m so humbled and honored to have performed where so many Country music legends have stood before,” said Wammack. “I’ve always known Nashville is where I’m meant to be and sharing my story and music on that stage is a moment I’ll never forget.”

24-year-old Muscle Shoals native Rachel Wammack is a “dynamic new Country voice for the genre” (Rolling Stone) with her “deep-rooted, classic sound” (Wide Open Country) influenced heavily by the rich music history of her hometown. Throughout her adolescent years, Wammack expressed her art in her songwriting, storytelling, later playing in the High school band, and pursuing a college degree in professional writing. At the age of 17 she was discovered by a Sony Music Nashville executive while Wammack was performing at a fine cuisine, piano restaurant in Muscle Shoals. Five years and many written songs later, Wammack received a record deal from Sony Music Nashville. In April 2018 she released her self-titled debut, giving her growing fan base a taste of the music that’s on the horizon. Named one of Rolling Stone’s “10 New Country Artists You Need To Know” and selected for Bobby Bones’ “Women of iHeartCountry,” her wildfire momentum continues this fall as she embarks on a series of radio shows across the U.S. Additionally, she will join Brett Young on his CMT ON TOUR: HERE TONIGHT, launching Nov. 16 in Royal Oak, MI. For more information and tour dates, visit www.rachelwammack.com