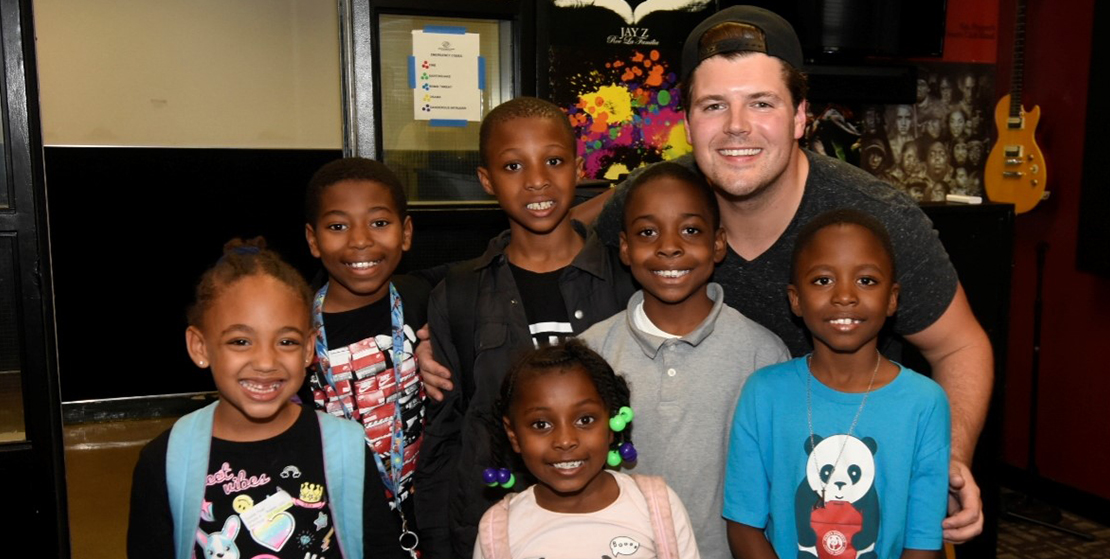 Arista Nashville artist/songwriter Robert Counts celebrated the release of his self-titled EP Friday with a party for student songwriters, musicians and performers at the Notes For Notes recording studio at the Boys & Girls Club of San Francisco Excelsior Clubhouse. Listen to the EP HERE.

Counts toured the San Francisco studio, performed several songs from the EP, and answered questions about his rising career while students in Austin, Denver, and Minneapolis listened in. Since 2014, Notes for Notes has been a recipient of $2 million in funding from the CMA Foundation, which is the philanthropic arm of the Country Music Association that works to ensure every child has access to a high-quality music education by supporting music educators and innovative music education programs across the U.S.

With the release of his self-titled, five-song EP, Counts comes into his own as an artist writing from an authentic place about simple themes that give a deeper meaning to the ordinary. Produced by Jimmy Ritchey and Dann Huff , Counts holds nothing back from parental life advice in “Backseat Driver,” to the sweet anticipation of “Someone In My Someday,” the sexy, take-you-as-you-are “Dress Up,” the yearning/hopefulness of “Better People,” and the smoldering soul of Gnarls Barkley’s “Crazy.” To coincide with the EP release and as part of his “Live In Nashville” series, Counts released a live version of the Gnarls Barkley cover. Listen HERE.

Next week, Robert leaves for Germany and four shows in Cologne, Frankfurt, Hamburg, and Berlin before returning for several stateside dates through the end of the year. Click HERE for tour information.