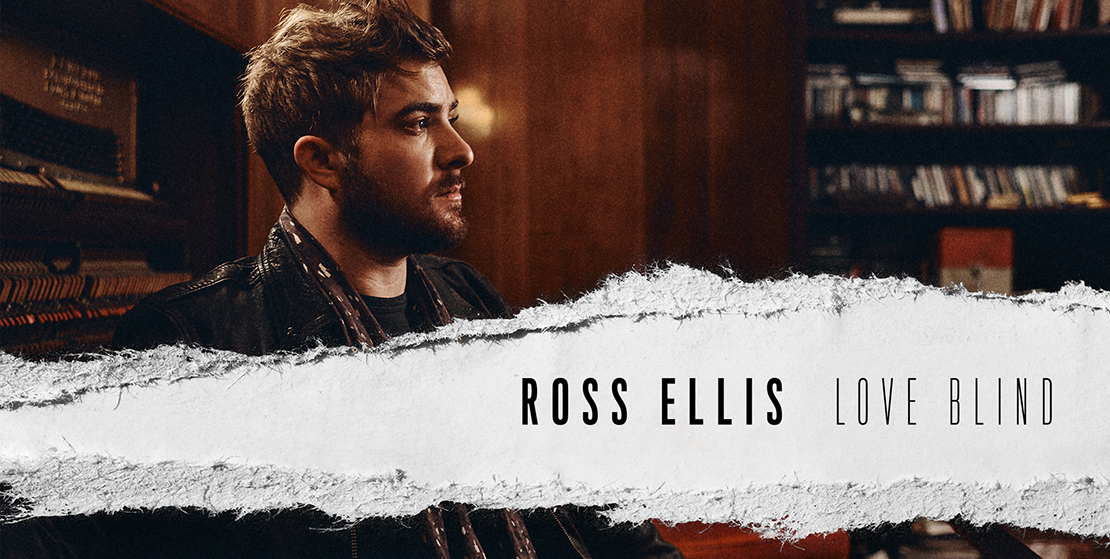 Sony Music Nashville recording artist Ross Ellis, known for penning hits for country music superstars such as Tim McGraw’s “Neon Church,” released the heartfelt new song “Love Blind” today. Listen HERE . The track, which was inspired by his romance with long-time girlfriend, Brittany, follows recent additions to his catalog including breakthrough song and No. 1 on SiriusXM’s The Highway, “Buy and Buy,” as well as recent fan-favorite and his first release with Sony Music Nashville, “Home To Me.”

“This song is a prayer from my heart,” acknowledges Ellis. “A prayer that I can be the man the woman I love sees when she looks at me. I want to be the best version of myself for her and for me. That’s what ‘Love Blind’ is all about.”

The new track follows a series of formidable songs from Ellis, who was named an “Artist to Watch” by The Boot, including “Home for the Weekend” in 2017 and the hauntingly powerful “Ghosts” in 2018, which Rolling Stone named a “top song of the week.”