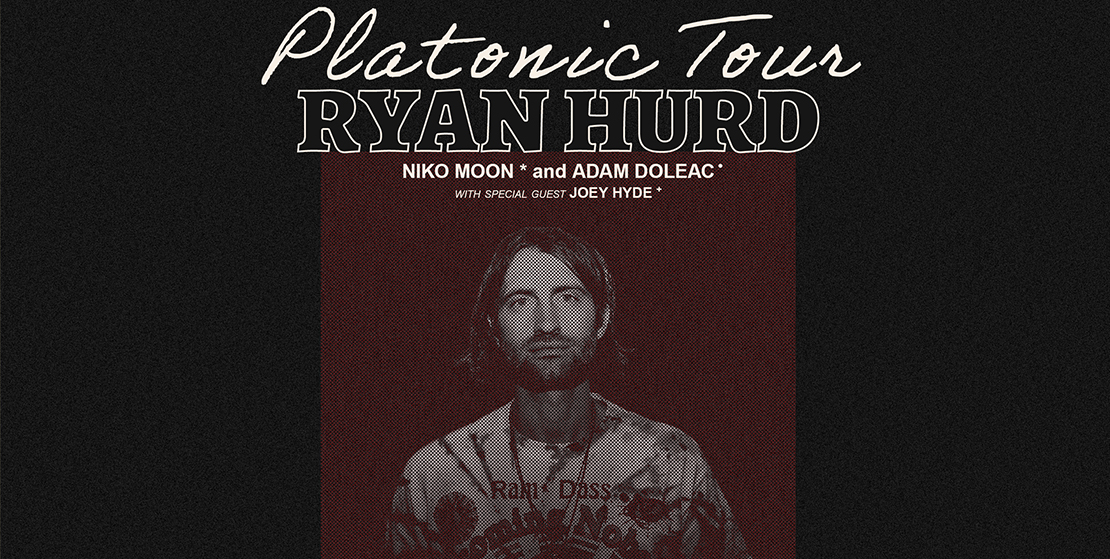 Fresh from opening for Old Dominion’s “Make It Sweet Tour” this fall, Hurd’s full-band show is headed to some of the country’s most respected music rooms for a repeat of the sold-out success of his debut “To A Tour,” which sold out venues in New York, Los Angeles, Chicago, and Nashville earlier this year.

Hurd hand-picked venues that created the right feel for his trademark tender lyrics and provocative melodies woven around real-world emotions. By following his inner voice, he’s become a Next Big Thing contender, lauded by the likes of Rolling Stone, Pandora, VEVO, CMT, Maxim, and Esquire. And performing live has been a natural extension of his impressive rise.

Touring mainstay Pollstar singled Hurd out as “A new guard introspecter of the human heart.”

Hurd has balanced his budding recording career with a songwriting portfolio that includes hits by Luke Bryan, Blake Shelton, and Lady Antebellum. With more than 220 million worldwide career streams, his latest release, Platonic EP, and the “Platonic Tour” are the obvious evolution from performing songwriter to full-fledged artist.

“Ryan Hurd has gone from Nashville’s best-kept-secret to one of its most promising rising stars,” saidPeople.

The praise is earned. Hurd was named the only country artist on Sirius XM’s all-genre “Future Five” for 2019. He was tapped by AOL as one of their country artists set for a breakout year, Amazon Music’s Best of 2018, and 2019’s “Next Big Names” by Cowboys & Indians, which said, “His Lyrics can be hopelessly romantic, quietly edgy, effortlessly sexy as well, or all of the above.”

The “Platonic Tour” follows the success of Hurd’s latest radio climber, the Gold “To A T,” which has already reached No. 1 on SiriusXM The Highway’s Hot 30 Countdown.