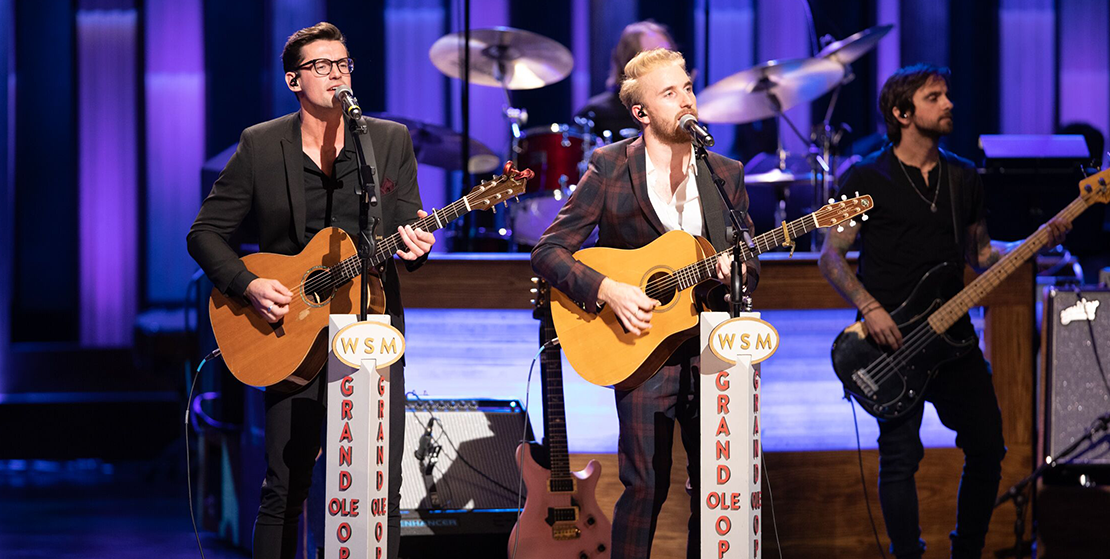 Performing “Taken Your Picture” and debut single “Love That,” Seaforth (Tom Jordan and Mitch Thompson) also welcomed their mothers, who made the trek from Sydney, AUS to witness the milestone moment, to the stage.

The duo recently released a reimagined version of “Love That,” with an artistic accompanying video shot in Brooklyn, NY. Listen/watch here.

Seaforth continue to make a name for themselves as breakout entertainers, filling the summer with high-profile festival performances – including CMA Fest, Tortuga, Faster Horses, LakeShake, and Seven Peaks – as well as opening for stars such as Kane Brown and Brett Young. They’ll join Mitchell Tenpenny for the ANYTHING SHE SAYS TOUR kicking off Oct. 10 in Nashville, named for their recently released collaboration, which is climbing the chart at SiriusXM The Highway.

Seaforth is childhood friends Tom Jordan and Mitch Thompson, who grew up together in the Sydney, Australia suburb from where they take their name. Predicted to be “a breakout duo of 2019” by Taste of Country, the multi-talented pair recently released their buzzed-about debut single “Love That” to country radio, as well as with their four-song Love That EP which they co-produced alongside award-winning producer Dann Huff. The 2019 MusicRow Discovery Artist of the Year nominees are steadily earning a name for themselves on the road with hitmakers including Kane Brown, Brett Young and more, and are actively recording their debut full-length album on RCA Nashville.