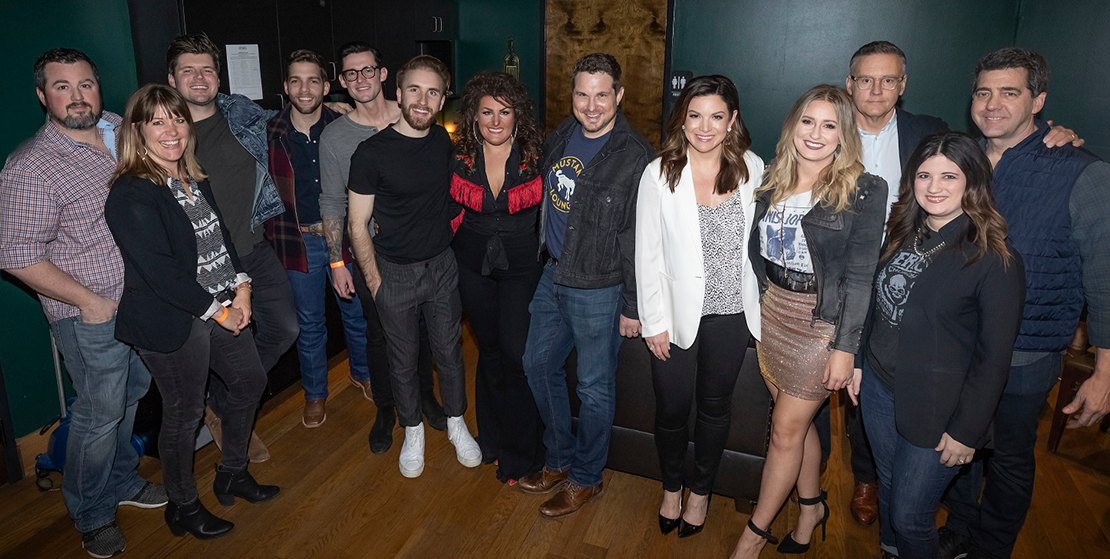 Taking the stage at City Winery in Nashville, Anderson put his spin on Barbara Mandrell’s “I Was Country When Country Wasn’t Cool” and Patty Loveless’ “You Don’t Even Know Who I Am.” Counts opened the show with a rousing take on Loretta Lynn’s “You Ain’t Woman Enough (To Take My Man)” and closed out the night with Miranda Lambert’s “The House That Built Me.” Dasher brought the sass on Dolly Parton’s “9 to 5” and stopped the show with Reba McEntire’s “You Lie.” Another stunning moment paid homage to Parton when Seaforth and Wammack partnered for a haunting “Jolene.” The Australian duo later loaned their harmonies to Shania Twain’s “You’re Still The One,” and Wammack’s powerful vocals brought new air to Deana Carter’s “Strawberry Wine” and Trisha Yearwood’s/LeAnn Rimes’ “How Do I Live.”

Noted music journalists Ashley Eicher and Hunter Kelly, of the “All Our Favorite People” Podcast, hosted the night and had the crowd rolling in laughs.

Female students from Pearl-Cohn Entertainment Magnet High School’s Academy of Entertainment Industry were guests of SMN and WME with front row seats. The event raised $3,250 for She Is The Music, a non-profit organization dedicated to creating change for women and building an equal future for music through various programs and initiatives.