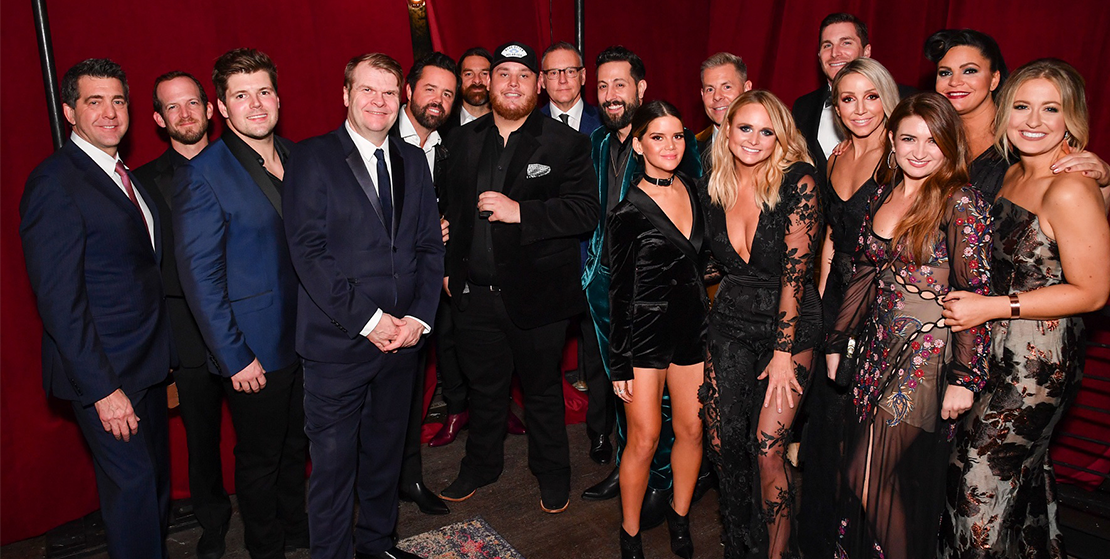 Combs took part in the show’s opening number, performing with Luke Bryan on the latter’s “What Makes You Country,” before hitting the stage with his multi-week No. 1 smash “She Got The Best of Me.” Miranda Lambert performed alongside Jason Aldean for their Musical Event and Single of the Year-nominated “Drowns The Whiskey.” Maren Morris joined forces with Chris Stapleton, Mavis Staples, and Marty Stuart for a powerhouse collaboration, performing “Friendship” and “I’ll Take You There.” Old Dominion brought down the house with their two-week No. 1 “Hotel Key” andPistol Annies rocked the stage with their new single “Got My Name Changed Back.”

Kane Brown presented the Award for Vocal Group of the Year, and LANCO hosted the pre-telecast ceremony which recognized the CMA Broadcast Award winners and Musical Event, Musician, and Music Video of the Year recipients.

These latest highlights come at a week where SMN has dominated the charts with four singles in the Top 5 on Mediabase/Country Aircheck and five of the Top 10 singles on Billboard Country Airplay charts. SMN is also in the Top 10 for greatest gainers.

With more than 2.5 million streams, Brown’s just-released sophomore album Experiment set a brand new U.S. record on Apple Music for the largest debut of a Country album in the first 24 hours of release. And “Lose It” spent a second week at No. 1 on Mediabase Canada Airplay, positioning his anticipated takeover of the North American Country charts.